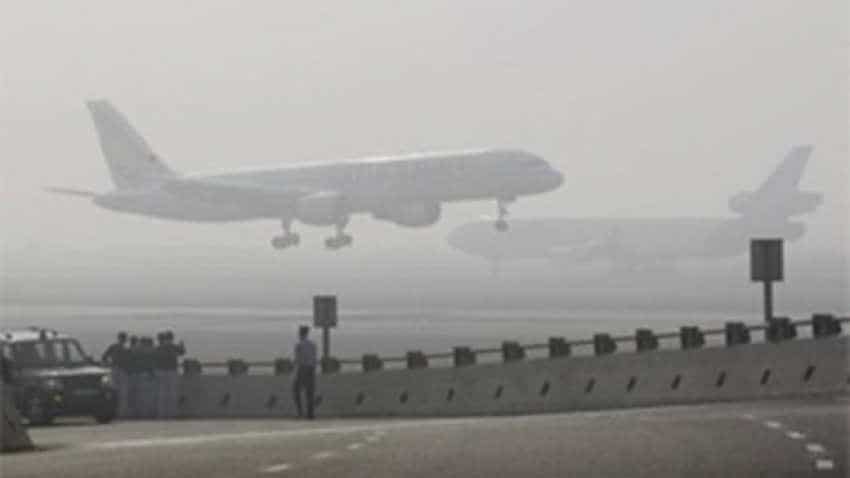 Foggy conditions are known to reduce flight operations on an hourly basis by up to 40 per cent on a global average. Representational Image, source: Reuters
Written By: ZeeBiz WebTeam
RELATED NEWS

Delhi airport flight update: The onset of winters brings foggy weather conditions, which not just compel residents of Delhi to stay indoors, but also hit transport services, including airlines and train services. The effect has been quite negative at IGI airport in Delhi, where flight operations have been affected to a large extent.

An IANS report said that severe to heavy fog conditions trigger LVP at the airport, when visibility for flight operations is reduced to around 50 meters, adding that the LVP duration was around 11 hours and lasted till 12.15 pm today.

At the IGI, the three runways-- 28, 29 and 11 -- are reportedly certified for 'CAT III B' operations, which would allow landing of the compliant aircraft with visibility as low as 50 meters.

Meanwhile, foggy conditions are known to reduce flight operations on an hourly basis by up to 40 per cent on a global average.

Notably, the Indira Gandhi International Airport is the busiest in the country, On an average, the airport sees more than 70 flight movements per hour, including both arrivals and departures. It, however, handles as many as 1,330 flight movements on a daily basis.