According to MeT department officials, the temperature at 2.30 pm was 40 degrees Celsius and at 5.30 pm, it was 40.2 degrees. Following the duststorm and thunderstorm, the mercury fell down to 30 degrees Celsius at 8.30 pm. 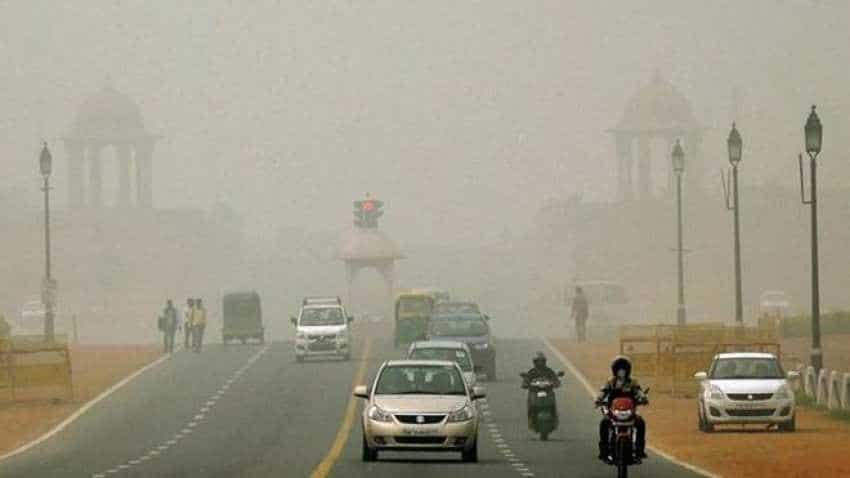 Even as dust storm and light rain brought mercury down by 10 degrees in the national capital, giving much-needed relief to Delhiites from intense heat, flight operations at the Delhi International Airport were suspended for around 35 minutes in the evening. "The dust storm hit the Delhi airport at 6.39 pm today. The last flight arrival at the Delhi airport was at 6.36 pm. The last departure at the airport was at 6.38 pm," airport officials told PTI.

Till 7.15 pm, total nine flights were diverted from the airport, they said, adding "The airport resumed flight operations at 7.15 pm." The officials reportdly stated that total 27 flights were diverted from the Delhi airport till 7.50 pm in the wake of a severe dust storm that hit several parts of the national capital on Wednesday evening, following which a thick haze was hanging over the city, affecting visibility.

According to MeT department officials, the temperature at 2.30 pm was 40 degrees Celsius and at 5.30 pm, it was 40.2 degrees. Following the duststorm and thunderstorm, the mercury fell down to 30 degrees Celsius at 8.30 pm.

The weatherman has reportedly forecast partly cloudy sky and possibility of very light rain for Thursday, adding that the maximum and minimum temperatures are likely to hover around 43 and 29 degrees Celsius respectively.