Mountainous northeastern India experienced a 26 per cent deficit during the monsoon, causing fears of falling crop production and scarcity of water, experts said. 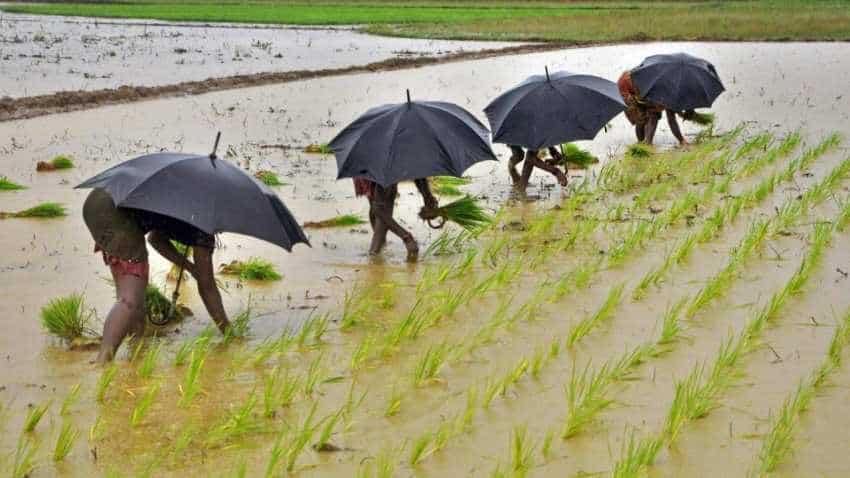 According to officials of the India Meteorological Department (IMD), this year`s deficiency during the four-month monsoon (June-September) is the highest in the last five years. Image Source: Reuters

Mountainous northeastern India experienced a 26 per cent deficit during the monsoon, causing fears of falling crop production and scarcity of water, experts said. According to officials of the India Meteorological Department (IMD), this year`s deficiency during the four-month monsoon (June-September) is the highest in the last five years.

Seven of the northeastern states are divided into three meteorological sub-divisions -- Assam and Meghalaya; Arunachal Pradesh; and Nagaland, Manipur, Mizoram and Tripura. The eighth state, Sikkim, along with north West Bengal, form a separate sub-division.

According to an official report of the IMD, the Arunachal Pradesh sub-division recorded the highest deficiency of 31 per cent followed by 26 per cent in the Assam and Meghalaya sub-division. The Nagaland, Manipur, Mizoram and Tripura sub-division registered a 22 per cent shortfall between June and September.

"It would take one more week for the monsoon to withdraw from the northeastern region. Some parts of the region, including Assam and Tripura, witnessed good and excess pre-monsoon rainfall and in the post-monsoon period we expect average rainfall," he added.

Experts predicted that the insufficient monsoon would affect crop production in the northeastern region, where agriculture provides livelihood support to 70 per cent of region`s 45.58 million population (2011 census).

Principal Scientist of Indian Council of Agricultural Research (ICAR) Biswajit Das said that shortage of rainfall would certainly affect the production of crops and various insects might even harm the crop.

"The northeastern region is mostly dependent on rainwater for harvesting of various crops as the irrigation facilities are very limited in the hilly region. The government should create many check dams, minor irrigation projects and develop reservoirs," Das told IANS.

He said that the ICAR has been guiding farmers through various modes, including SMSes, to cope with the prevailing situation. Another ICAR expert said that floods, deficient and excess rainfall are affecting crops, especially vegetables, in the northeast region every year.

Agricultural and water resource expert Manas Majumder said the region, which consists of eight per cent of country`s geographical area and four per cent of the country`s population, has inherent advantages to exploit rain-water harvesting.

"However, the rate of harnessing and utilising irrigation potential has been low since only 20 to 25 per cent of net cultivable land is irrigated. The Accelerated Irrigation Benefit Programme emphasises exploiting surface irrigation through minor irrigation schemes in the region," Majumder told IANS.

In the hilly areas of the region, shifting cultivation, locally known as "jhum", continues to be a dominant mode of food production and the economic mainstay of many households of the tribals, who constitute around 28 per cent of the region`s population.