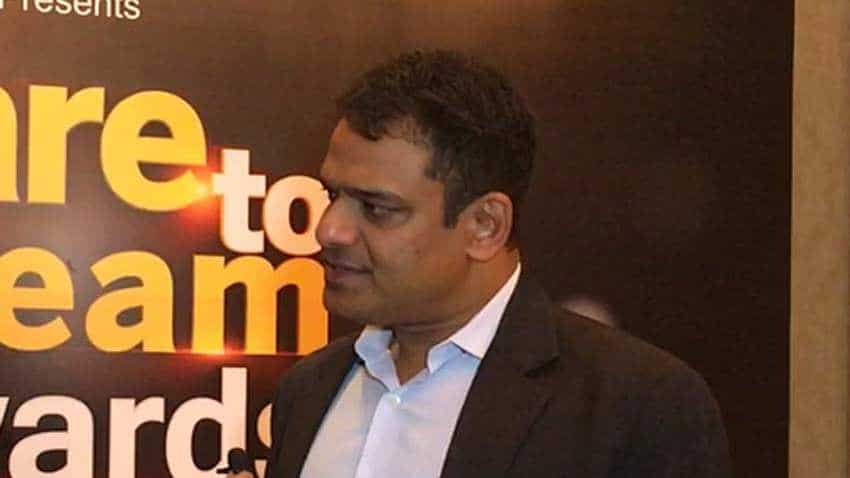 Indian at 3rd spot! How local companies are inspiring startups to be successful

Dare to Dream Awards: How these entrepreneurs are taking advantage to create SMEs

Dare to Dream Awards Season 2: We want to recognise those who are not in headlines, says Zee Business Managing Editor Anil Singhvi

"Don't stop dreaming and reach for the sky," is Krishnan Chatterjee's mantra for micro, small and medium enterprises (MSME) in India. Chatterjee, Chief Customer Officer, SAP - one of the world's leading provider of business software solutions - while speaking to Zee Business Online on the sidelines of Zee Business-SAP Dare to Dream Awards, said that even though small businesses are growing rapidly in India, the true growth will be witnessed when Indian business leaders aspire to be like the iconic Chinese e-commerce major Alibaba, which was co-founded by its charismatic co-founder Jack Ma.

"If Indian business leaders aspire to be an Alibaba, that's when you will witness growth. And, a platform like Dare to Dream Awards becomes very important in identifying those aspirations," Chatterjee said.

Talking about the role of organisations like SAP, Chatterjee said that it aims to provide the right technology platform to small businesses which will help them scale in future. He said that interestingly people believe that the company caters more to large corporates, but in reality, 90% of its customers are from SMEs.

"At SAP, we are seen to be a technology platform for large corporates. But, in India, 90% of our customers are from SMEs. We believe in a philosophy - grow with SAP - if you get your technology platform right when you are small, it will help you scale," he said.

When asked whether the Indian economy has become more inclusive for startups and small businesses, Chatterjee said the country is certainly creating more consumer demand as the middle-class population is growing. He added that the supply is also there. "On the demand side, India is creating greater consumer demand as the middle-class population grows. And, on the supply side, systems are becoming more efficient through policies. This will help in the birth of great businesses," he added.

Chatterjee believes that the 'secret ingredient' for the success of businesses is to boost aspirations and he believes that platforms like 'Dare to Dream Awards' help to promote that very objective. "The demand is being created, the supply is also there but the secret ingredient for success of businesses in India is going to be aspirations. And, this endeavour by Zee and SAP helps with that," he said.

Asked about the initiatives like Startup India and Make in India promoted by the PM Narendra Modi led NDA government to lend a helping hand to small businesses, Chatterjee reacted by saying that even though the current administration has been laying the groundwork, the movement will only continue from here.

"The current government has been laying the groundwork with all its initiatives but this is a movement that it will only continue. India has no choice but to become globally competitive and every government will have to drive that. This government certainly has driven it very aggressively," he concluded.

Indian at 3rd spot! How local companies are inspiring startups to be successful

Dare to Dream Awards: How these entrepreneurs are taking advantage to create SMEs

Dare to Dream Awards Season 2: We want to recognise those who are not in headlines, says Zee Business Managing Editor Anil Singhvi