According to a latest development from Ministry of Earth Science, Deep Depression has intensified into a Cyclonic Storm “NIVAR” over southwest Bay of Bengal. 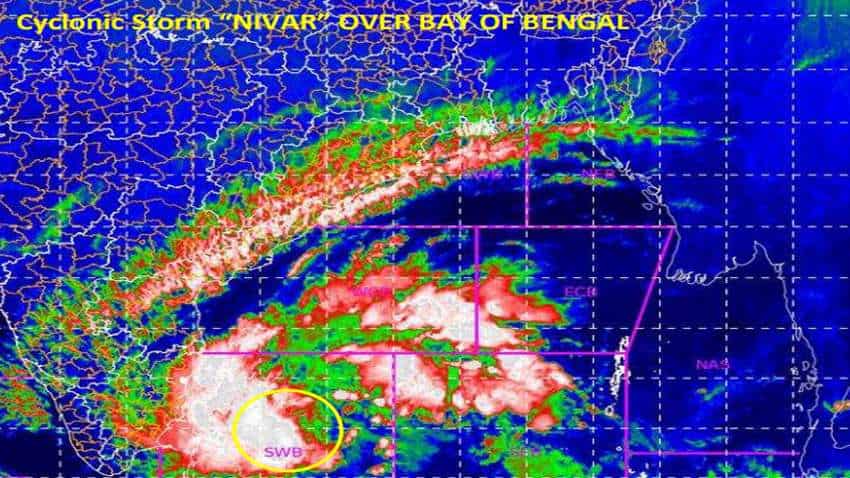 As per Ministry of Earth Science, Cyclone Nivar is very likely to cross Tamil Nadu and Puducherry coasts between Karaikal and Mamallapuram around Puducherry during 25th November 2020 evening as a severe cyclonic storm with a wind speed of 100-110 kmph gusting to 120 kmph.

Tidal wave of about 1m height above the astronomical tide is very likely to inundate the low lying areas of north coastal districts of Tamil Nadu and  Puducherry near the place of landfall.
Fishermen are advised not to venture into Southwest & adjoining west-central & southeast Bay of Bengal, Gulf of Mannar and along & off Tamil Nadu, Puducherry and south Andhra Pradesh coasts.

Moreover, Ministry of Earth Science said that Deep Depression weakened into a Depression over Gulf of Aden and adjoining Somalia.