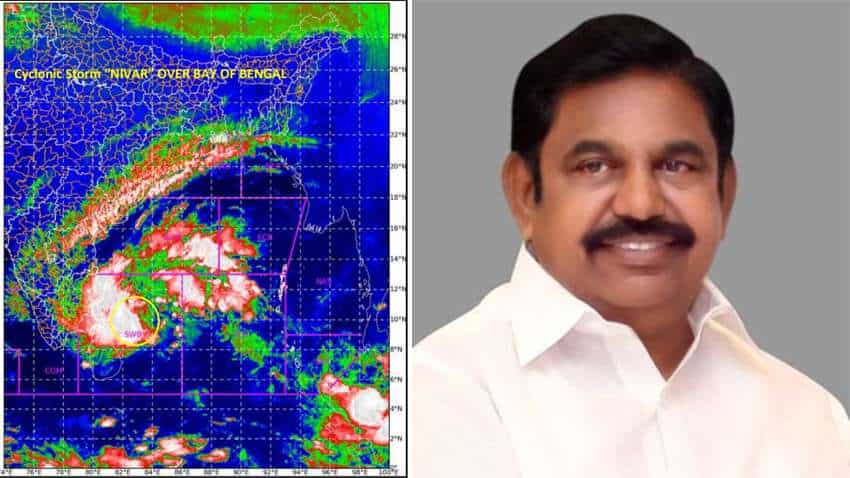 Meanwhile, the deep depression over Bay of Bengal intensified into a cyclonic storm, 'Nivar' and it is likely to intensify further into a severe cyclonic storm and cross the Tamil Nadu and Puducherry coasts on November 25, the Met department said on Tuesday.

While intermittent rains lashed several parts of the state and union territory, the department said rainfall is very likely at most places in Tamil Nadu, Puduchery and Karaikal with heavy to very heavy showers at a few places and extremely heavy rainfall at isolated places on Wednesday. Authorities said the reservoirs here including Chembarambakkam were under a 'constant watch' and people in low lying areas were being brought to safe shelters.

It is very likely to cross Tamil Nadu and Puducherry coasts between Karaikal and Mamallapuram on November 25 evening as a severe cyclonic storm with a wind speed of 100- 110 km per hour gusting to 120 kmph, a bulletin said. Gale wind -speed reaching 65-75 kmph and gusting to 85 kmph- is prevailing over southwest Bay of Bengal. Sea condition is rough to very rough along the coasts of the state and union territory and tidal wave of about one meter height is very likely to inundate the low lying areas of north coastal districts of Tamil Nadu and Puducherry. Fishermen have already been advised against venturing into sea.