Current account deficit narrows to 0.6% of GDP in September quarter

Non-resident Indian (NRI) deposits also witnessed a 50% decline to $2.1 billion from $4.2 billion in the same quarter of the previous fiscal. 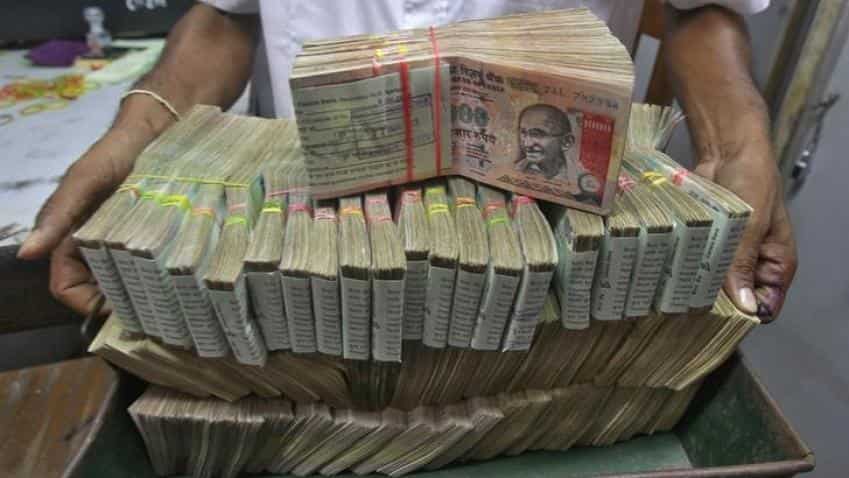 The CAD narrowed to 0.3% of GDP from 1.5% in the same period a year ago. Photo: Reuters
Written By: PTI
RELATED NEWS

The current account deficit (CAD) narrowed by more than a percentage point to 0.6% of GDP at $3.4 billion in the July-September on account of lower trade deficit. The July-September CAD is lower than $8.5 billion, or 1.7% of GDP, in the same quarter of last fiscal.

It is, however, higher than $0.3 billion or 0.1% recorded in the first quarter of the current fiscal.

According to RBI data, private transfer receipts, mainly representing remittances by Indians employed overseas, amounted to $15.2 billion, registering a decline by 10.7% from the previous level a year ago.

"The contraction in the CAD on year-on-year basis was primarily on account of lower trade deficit ($25.6 billion) brought about by a larger decline in merchandise imports relative to exports," the RBI said in a statement.

Net services receipts moderated on annual basis, primarily owing to the fall in earnings from software, financial services and charges for intellectual property rights, it said.

"In the financial account, net inflows of both foreign direct investment and portfolio investment were significantly higher in the second quarter," it said.

Non-resident Indian (NRI) deposits also witnessed a 50% decline to $2.1 billion from $4.2 billion in the same quarter of the previous fiscal.

Net FDI inflows during 6 months rose by more than 28.8% over the level during the corresponding period of the previous year, it said, adding, portfolio investment recorded a net inflow of $8.2 billion as against a net outflow of $3.5 billion a year ago. During the period ended September, there was an accretion of $15.5 billion to foreign exchange reserves.