Cryptocurrency bonanza: Here's how Big B and family made $17.5 million

About $250,000 was invested by the father-son duo in a Singapore-based company called as Meridian Tech Pte Limited which operates a micro-payment platform Ziddu.com 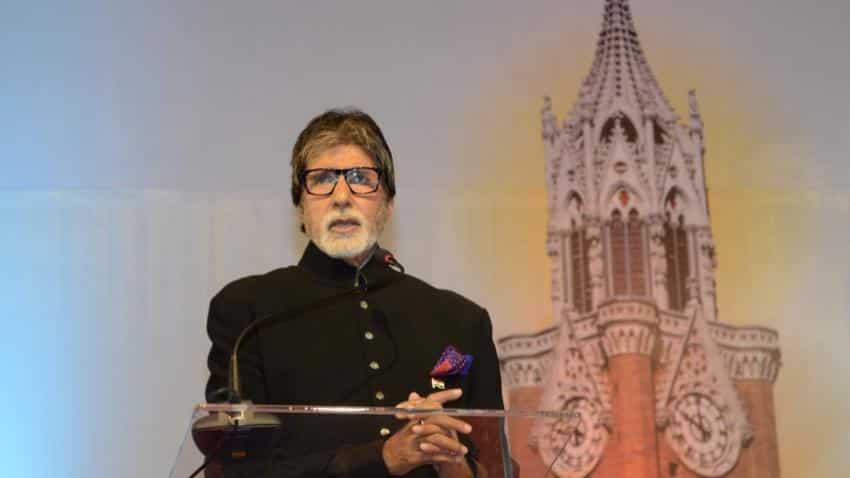 Actor Amitabh Bachchan during the launch of "Ramesh Sippy Academy of Cinema and Entertainment" in Mumbai. Photo: IANS

The craze for virtual currencies has turned out to be a million-dollar year for Bollywood actor Amitabh Bachchan and his family.

With Bitcoin breaching $19.000-mark, the cryptocurrency stole the show across nations this year.

Even as economists and the government warned against the investment in Bitcoin, investors remained optimistic on the cryptocurrency. Many investors are now showing interest in other cryptocurrencies.

Bachchans gained over $17.5 million (over Rs 112 crore) from their investment of just $250,000 they did two-and-half-year ago in the virtual currency.

So how did cryptocurrency became the Kaun Banega Crorepati host's million dollar achievement?

It all started way back in 2015, when the Bachchans made their first significant overseas investment, following the guidelines of the Reserve Bank of India's Liberalised Remittance Scheme (LRS).

In May 2015, about $250,000 was invested by the father-son duo in a Singapore-based company called as Meridian Tech Pte Limited which operated an micro-payment platform Ziddu.com.

Investment was made through two different accounts – first $150,000 from Amitabh Bachchan's account, and remaining $100,000 from a joint account which belonged to Amitabh and Abhishek, according to a Business Standard report.

UNBELIEVABLE! You can now ASK Bollywood megastar Amitabh Bachchan to set your alarm - Amazon's Alexa makes it POSSIBLE for Rs 149 a year; check step-by-step guide to get STARTED