It needs to be noted that, IIP data will be released for the month of July 2018 and CPI August 2018. 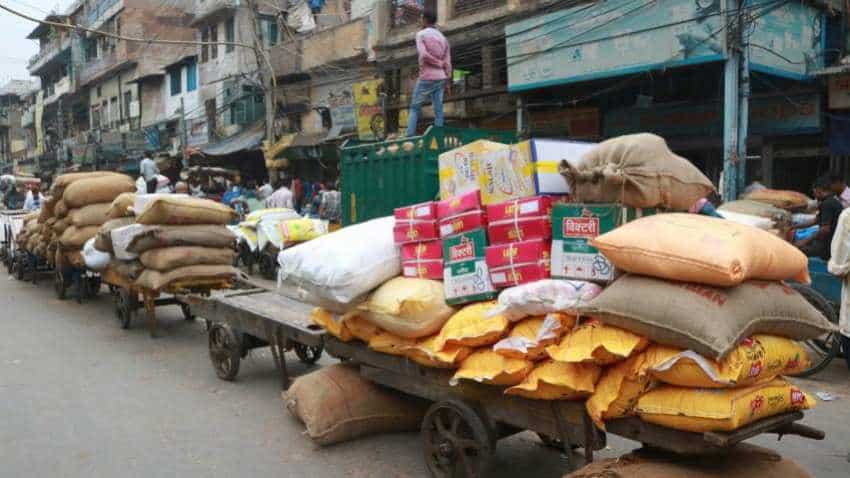 The Central Statistics Office (CSO) will be presenting data of two economic indicators namely India’s Industrial Production (IIP) or factory output and Consumer Price Index (CPI) or retail inflation at around 5.30PM. It needs to be noted that IIP data will be released for the month of July 2018 and CPI August 2018. Ahead of announcement, Indian markets have continued to perform on negative note for third consecutive day. At around 12:52 hours, Sensex was trading at 37,371.41 below 40.80 points or 0.11%, while Nifty 50 was down by 22.40 points or 0.20% trading at 11,265.10.

Here’s what we can expect from the upcoming IIP and CPI numbers today.

This was led by broad-based easing in food prices and core inflation. On a sequential basis, however, food prices increased by 1.6% mom from 1.1% in June led primarily by price increases of 8.6% mom in vegetable prices, 2.7% in egg, 2.2% in sugar and 0.4% in cereals. Core inflation (including petrol and diesel) moderated to 6.1% in July after 6.3% in June.

RBI is an inflation trajectory central bank and every policy decision has been related to the performance of CPI inflation. RBI fears inflation pressure in second half of FY19 on the back of MSP price hike, monsoon, crude oil and HRA allowance under 7th Pay Commission.

With the easing in July numbers, many analysts have started predicting that August data of CPI will further relax.

ICICI Bank says, “ India CPI inflation is expected to move lower to 3.6% in August-2018 from 4.2% in July-2018 primarily on account of a fall in food inflation. Some moderation in core CPI inflation is also expected.”

Similarly, Teresa John, Research Analysts (Economist) said, “August 2018 is likely to come in at 3.55% YoY, down from 4.17% in the previous month. The expected seasonal increase in food prices, particularly of vegetables, has been muted, which may result in inflation surprising on the downside.”

Dhananjay Sinha and Kruti Shah analysts at Emkay highlighted four points that will impact CPI inflation ahead. The duo said, “We believe that inflation momentum will continue to be elevated and will get broad-based going forward.”

These four pointers are:  (a) core inflation has been consistently trending up (June’18: 6.4%) and headline inflation will eventually converge, (b) government spending has been reflationary in nature, (c) INR depreciation will have a lagged inflationary impact, thereby accentuating the impact of rising global commodity prices and (d) increase in MSPs and aggressive foodgrain procurement have also had a significant impact on retail inflation.

The duo at Emkay also explained that trade protectionism will also have an inflationary impact.

The latest IIP data was last recorded at 7% in the month of February 2018. This was definitely above market expectations which was around 5%.

For July month, John at Nirmal Bang said, “IIP for July 2018 is likely to come in at 7.5% YoY, up from 7% in the previous month. A low base on account of GST implementation last year is partially responsible for the uptick.”

John explains, the Nikkei manufacturing PMI moderated to 52.3 in July 2018 from 53.1 in the previous month. The index of core infrastructure industries also grew by a robust 6.6% YoY in July 2018, although it slowed from 7.6% in the previous month. While the mining sector excluding coal remained sluggish, manufacturing-linked sectors continue to do well.

As per the duo at Emkay, the GST-led low base is likely to have an impact even in July’18. Improvement in production continues to be reflected in the Auto and related industries. Consumer Durables and Capital Goods will continue to draw strength from the Auto sector.