Investors are keeping a close eye on inflation numbers after RBI’s October 2018 policy, where the central bank opted for the status quo, keeping repo rate unchanged at 6.50%. 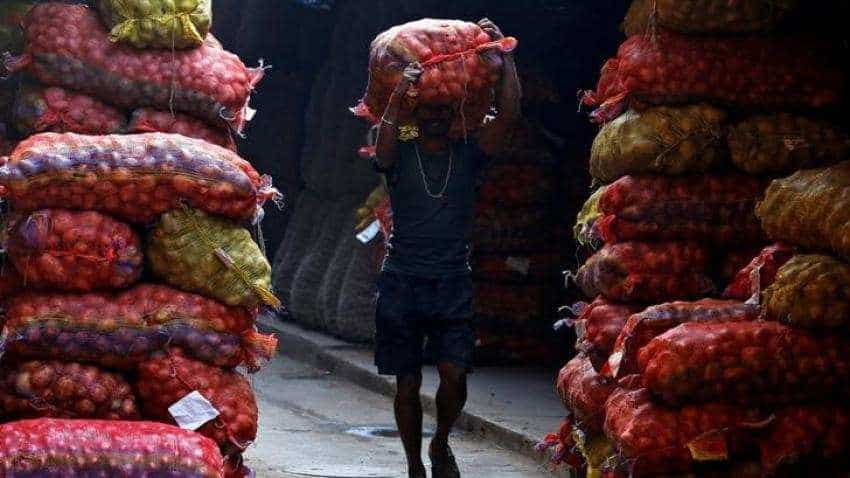 The Central Statistics Office (CSO) will be presenting data on two economic indicators today at around 17:30 hours. These indicators are India’s Industrial Production (IIP) for the month of August 2018, while the Consumer Price Index (CPI) inflation numbers will be for the month of September 2018. Investors are keeping a close eye on the performance of inflation after RBI’s October 2018 policy, where the central bank opted for a status quo keeping the repo rate unchanged at 6.50%. Ahead of the announcement, markets are performing on a positive note, with Sensex trading at 34,722.80 above by 721.65 points or 2.12%, while Nifty 50 is higher by 228.40 points or 2.23% trading at 10,463.05 at around 12:59 hours.

It would be interesting to know whether RBI’s status quo decision pays dividend, considering it stood firm on its inflation target goal, as CPI eased to 3.69% during the month of August 2018, lower compared to 4.17% in the previous month. While  core CPI inflation (ex. Food and fuel) also eased slightly to 5.8% Y-o-Y from 6.2% Y-o-Y in July.

With this, CPI inflation has decelerated to a 10-month low in August. Interestingly, looks like analysts feel RBI’s easing of inflation target may prove to be wrong.

Similar opinions were from PhillipCapital analysts. They said, “While August inflation is favourable, it will jump in the coming months owing to higher oil prices and imported inflation. This along with weakening Rupee would lead to RBI tightening rates; we expect 25‐50bps hike in rest of FY19.”

Edelweiss Investment Research said, “We expect consumer price inflation to head higher from September onwards and rise towards mid five percent range in the coming months. The deteriorating fiscal position of the government on the back of pre-election spending and shortfall in GST collections may be a big risk. Also, household inflation expectations as measured by the RBI have been continuously rising in the last two rounds.”

Antique Broking firm said, “Our estimate for CPI is also of a spike in early 3QFY19 (~5.1% in Oct'18) with multiple variables which can affect the trajectory including crude oil prices and INR volatility. Despite a sub 4% reading for the month of Aug'18, RBI is likely to focus on the risks ahead and thus a rate hike is very likely in the October policy.”

Finally, ICICI Bank said, “We expect FY2019 headline CPI inflation to average ~4.7% with core inflation averaging 5.8%. Upside risks to the trajectory remain on account of the following factors- 1) Continued input cost pressures and closing of the output gap putting upward pressures on core 2) fears of food inflation (driven by MSP increases) feeding into inflationary expectations and 3) volatility in the Rupee feeding into fuel prices and second round impact of the depreciation.”

Edelweiss says, “The next few data points could be volatile as the economy transitions a volatile base, delay in onset of the festival season as compared to last year, effects of INR depreciation and a more aggressive RBI. To be sure some stability is already been seen in export driven sectors like apparels but the growth at 9.8% YoY is still subdued despite a very favourable base.”