A news on alleviating the existing oxygen shortage can be relieving for the entire country. The Diving School of the Southern Naval Command of the Indian Navy has conceptualised and designed an 'Oxygen Recycling System' (ORS) to address the existing Oxygen shortages. 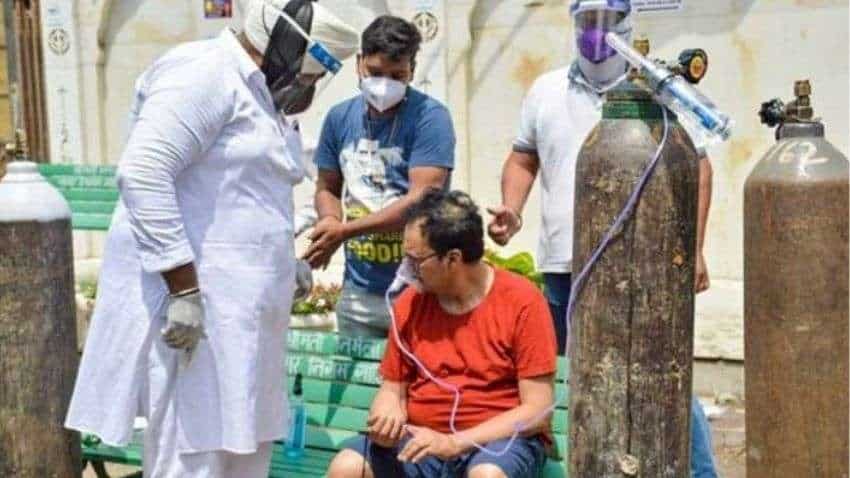 COVID-19 Latest Update in India: The impact of the second wave of the COVID-19 pandemic in the country has been far worse than the first wave. There has been a requirement of oxygen for providing support to the COVID-19 patients and to meet up the demands have been a challenge to a certain extent. However, a news on alleviating the existing oxygen shortage can be relieving for the entire country. The Diving School of the Southern Naval Command of the Indian Navy has conceptualised and designed an 'Oxygen Recycling System' (ORS) to address the existing Oxygen shortages.

A press release issued by the Ministry of Defence has explained the functioning of the ORS in details. This ORS has been designed extend the life of the existing medical oxygen cylinders two to four times. It must be noted that only a small percentage oxygen that is inhaled by a patient is actually absorbed by the lungs while the rest is exhaled into the atmosphere along with carbon dioxide produced by the body.

This oxygen which is exhaled can be re-used after removing the carbon dioxide. In order to achieve this, the ORS adds a second pipe to the patient’s existing oxygen mask that sucks out the air exhaled by a patient using a low-pressure motor. Both the mask inlet pipe for oxygen and the mask outlet pipe for exhaled air are fitted with non-return valves to maintain a positive pressure and unidirectional flow of gases at all times to ensure the patient's safety against dilution hypoxia. The exhaled gases are the fed to are then fed into a Bacterial Viral Filter and Heat and Moisture Exchanger Filter (BVF-HME filter) to absorb any viral contaminants. Following the process of this viral filtration, the gases pass through a high-grade carbon dioxide scrubber with a High Efficiency Particulate Air (HEPA) filter that absorbs carbon dioxide and other particulates and allows enriched oxygen to pass through unaffected.

Notably, the first fully operational prototype of the ORS was produced on April 22, 2021 and underwent a series of in-house trials and design improvements at the Southern Naval Command, with third-party observers from ISO certified firms. Thereafter, on the directives of NITI Aayog, the system underwent detailed analysis and assessment by a team of specialists at Sree Chitra Tirunal Institute for Medical Sciences and Technology (SCTIMST) at Thiruvananthapuram. The overall cost of the ORS prototype has been capped at Rs. 10,000 against an envisaged saving of Rs 3,000 per day due to the recycling of oxygen.  The system's design has been patented, and an application to this effect has been filed by the Indian Navy on May 13, 2021.