The Code on Wages Bill was earlier introduced in the Lok Sabha on 10th August 2017, and was referred to Parliamentary Standing Committee which submitted its Report on 18th December 2018. 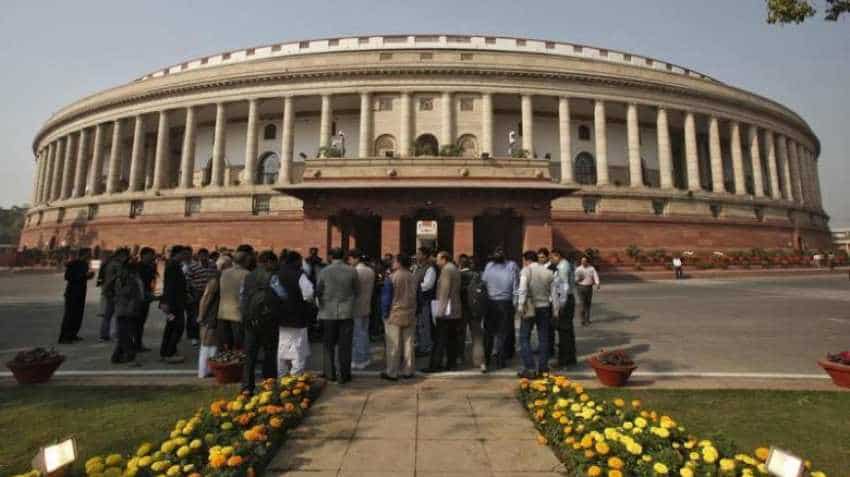 After the enactment of the Code on Wages, all these four Acts will get repealed. Image source: Reuters
Written By: ZeeBiz WebTeam
Edited By: Arun Kumar Chaubey
RELATED NEWS

If you want good services, you will have to pay: Nitin Gadkari

The government today introduced the Code on Wages Bill, 2019 in Lok Sabha today to amend and consolidate the laws relating to wages and bonus and matters connected therewith. The bill aims at subsuming prevalent laws pertaining to workers' remuneration and enable the central government to fix minimum wages for the entire country. The Code on Wages Bill, 2019 subsumes relevant provisions of The Minimum Wages Act, 1948, The Payment of Wages Act, 1936, The Payment of Bonus Act, 1965 and The Equal Remuneration Act, 1976. After the enactment of the Code on Wages, all these four Acts will get repealed, said an official statement.

Notably, the Code on Wages Bill was earlier introduced in the Lok Sabha on 10th August 2017, and was referred to Parliamentary Standing Committee which submitted its Report on 18th December 2018. Owing to dissolution of 16th Lok Sabha, the Bill has lapsed. Therefore, a fresh bill namely The Code on Wages Bill, 2019 has been drafted, considering the recommendations of the Parliamentary Standing Committee and other suggestions of the stakeholders.

According to the statement, the salient features of the Code are given below:

1. The Code on wage universalizes the provisions of minimum wages and timely payment of wages to all employees irrespective of the sector and wage ceiling. At present, the provisions of both Minimum Wages Act and Payment of Wages Act apply on workers below a particular wage ceiling working in Scheduled Employments only. This would ensure "Right to Sustenance" for every worker and intends to increase the legislative protection of minimum wage from existing about 40% to 100% workforce. This would ensure that every worker gets minimum wage which will also be accompanied by increase in the purchasing power of the worker thereby giving fillip to growth in the economy. Introduction of statutory Floor Wage to be computed based on minimum living conditions, will extend qualitative living conditions across the country to about 50 crore workers. It is envisaged that the states to notify payment of wages to the workers through digital mode.

2. There are 12 definitions of wages in the different Labour Laws leading to litigation besides difficulty in its implementation. The definition has been simplified and is expected to reduce litigation and will entail at lesser cost of compliance for an employer. An establishment will also be benefited as the number of registers, returns, forms etc., not only can be electronically filed and maintained, but it is envisaged that through rules, not more than one template will be prescribed.

4. Many changes have been introduced in the inspection regimes including web based randomised computerised inspection scheme, jurisdiction-free inspections, calling of information electronically for inspection, composition of fines etc. All these changes will be conducive for enforcement of labour laws with transparency and accountability.

5. There were instances that due to smaller limitation period, the claims of the workers could not be raised. To protect the interest of the workers, the limitation period has been raised to 3 years and made uniform for filing claims for minimum wages, bonus, equal remuneration etc., as against existing varying period between 6 months to 2 years.

6. It can be said that a historical step for ensuring statutory protection for minimum wage and timely payment of wage to 50 crore worker in the country has been taken through the Code on Wages besides promoting ease of living and ease of doing business.

If you want good services, you will have to pay: Nitin Gadkari