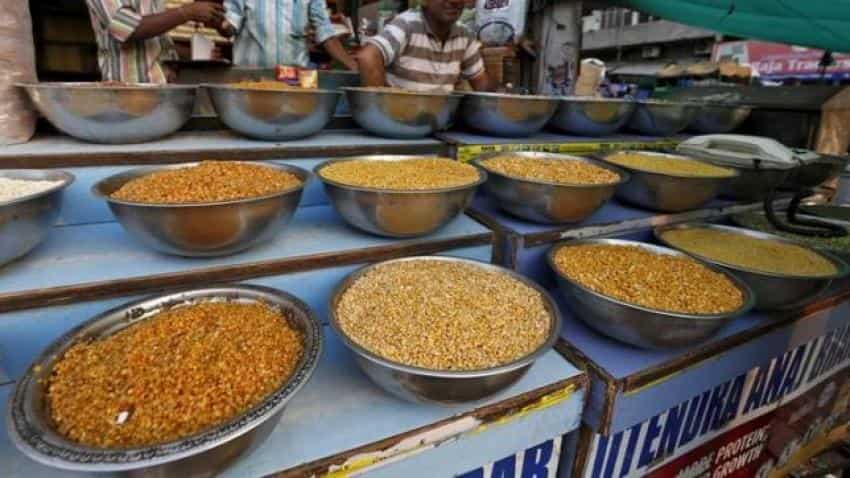 States have been told to sell tur and urad from the buffer stock at a subsidised rate. Image Source: Reuters
Written By: PTI
RELATED NEWS

7th Pay Commission: You may get higher than recommended pay

Retail prices of pulses are hovering near Rs 200/kg, the Centre has decided to increase the buffer stock by over five times to 8 lakh tonnes for retail sale at a highly subsidised rate of Rs 120/kg.
With pulses prices rising unabated, the government today asked central security agencies, including Intelligence Bureau and Directorate of Revenue Intelligence, to "pull up the socks" to curb cartelisation and ensure there is no artificial rise in prices of lentils.

The matter was discussed in length here by Consumer Affairs Secretary Hem Pande in a meeting with the officials of Department of Revenue Intelligence (DRI), Income Tax, Enforcement Directorate and IB.

He also interacted with state government officials of Uttar Pradesh, Maharashtra, Haryana, Rajasthan and Delhi through video conferencing and asked them to be alert to check hoarders.

"I have asked all of them to pull up their socks and ensure that no artificial rise in pulses prices take place," Pande told reporters after the meeting.

Enforcement agencies have also been directed to check cartelisation and hoarding of pulses, he added.

The Secretary said that officials concerned have been told to keep a track of the entire supply chain of imported dals from shipment to final delivery point.

That apart, the states have been told to sell tur and urad from the buffer stock at a subsidised rate if not more than Rs 120/kg and chana at Rs 60/kg.

"We have requested them to cap the prices. We have told that the Centre will provide more pulses if state governments need," Pande said.

It is, however, yet to be seen whether procuring more pulses for the buffer stock would help in curbing price rise as not many states have evinced interest in lifting the pulses for retail distribution at a cheaper rate.

7th Pay Commission: You may get higher than recommended pay