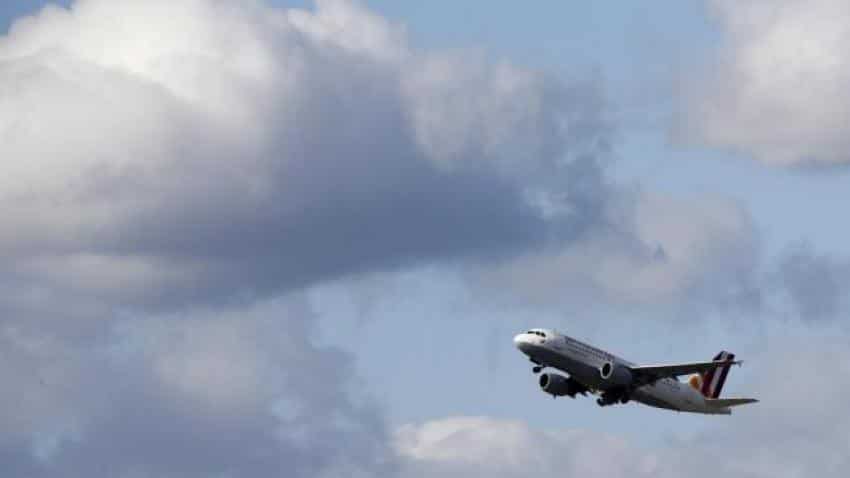 Domestic aviation industry is likely to see a strong growth period with air traffic estimated to grow at 14 % helped by a positive outlook for crude prices, says a report.

However, the report by ICICI Securities noticed that the growth rate of 14 % is low considering that the average annual growth rate of passenger-traffic in India has been more than 18-20 % since 2000.

"India's aviation sector is set to undergo a strong growth period, which should benefit all incumbent players, particularly on a benign crude price outlook," the report said.

"Our supply-demand model for domestic air traffic implies 14 % growth in passengers as evidenced from firm aircraft orders and latest delivery schedules," it said.

Further, the report noted that air fare corrections on account of lower crude prices have already played out with up to 15 % dip in fares in 2015-16.

"As such, we believe that the fares are likely to stabilise with increasing oil outlook," the report said.

"In the near term, there is still sufficient room left among the metro cities of (about 45 million excess capacity remain) within the top airports which share 90 % of the cumulative traffic among themselves," it said.

The report noted that barring three events, the average annual growth rate of passenger-traffic in India has been more than 18-20 % since 2000.

These events were in 2001-02 in the wake of terrorist attacks in the US (9/11) and the subsequent global crisis, the great 2009 financial recession, and in 2012 when Kingfisher Airlines went bankrupt.

With an exception of IndiGo which has a strong balance sheet, the report noted "that the other airlines have missed the plot thus far is a given, but the current growth phase of domestic aviation and low crude price outlook provide opportunity for them to shore up their balance sheet".