CBSE Class 12 Economics Re-test: It is believed that as many as 4.5 lakh students of CBSE class 12th will be appearing for this re-examination. 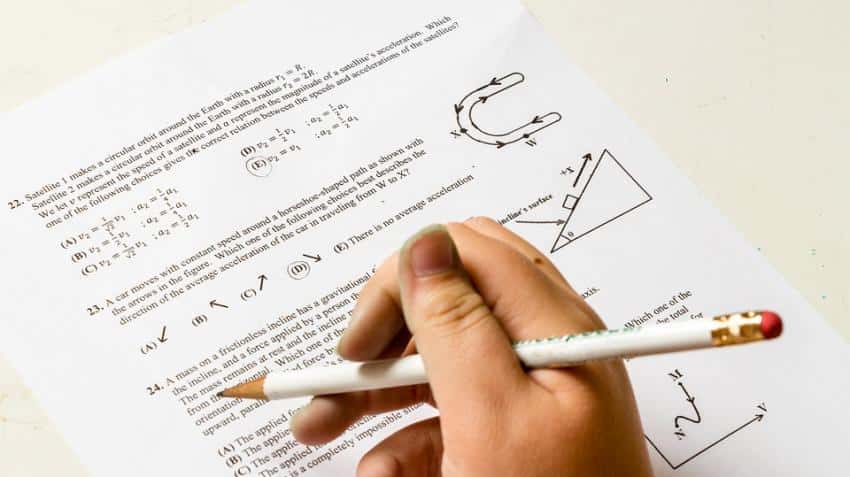 CBSE 10th, 12th results 2021 DISPUTE: Not SATISFIED with results? Board asks you to do THIS on its dispute settlement circular - details here

CBSE Class 12 Economics Re-test: After leak of exams paper, the Central Board of Secondary Education (CBSE) is conducting re-exam for Economics subject of Class 12th students on today on Wednesday. The official website cbse.nic.in can be checked for updates. However, after carrying out an intensive inquiry, the board has decided to conduct this re-exam only in the region of Delhi NCR and Haryana. It needs to be noted that, CBSE 12th class economics paper was not alone that was leaked, it was alleged that even Class 10th Mathematics paper was also outed but no action was taken about conducting a re-exam.

CBSE Class 12 Economics Re-test began at 10:30 am and will end at 1:30 pm. The CBSE in it’s circulation mentioned that, students must reach examination centre by 9:30 am and should be seated at their respective place by 10:00 am.

In case if a student reaching after 10 am, then he or she will not be permitted to enter the examination hall without special permission from the board.

Interestingly, while laying out guidelines for the re-examination of Delhi NCR and Haryana 12th students, the CBSE has said, “Details are still being worked out.”

“In this view it has been decided that re-examination will not be considered for any other state except Delhi NCR and Haryana. If after detailed inquiry it is found necessary to conduct re-examination, it will be held in July 2018.”

As for CBSE Class 10, the board will not hold any re-examination as this class is a gateway for class 11th, thus it remains largely an internal segment of school education system.

However CBSE has also warned saying, “where ever it is conclusively established, after due enquiry in specific cases, that undue advantage of the alleged leakage has been taken by certain beneficiaries, action shall be taken as per the provisions of the board examination Bye Laws.”

For now CBSE 12th class students in Delhi NCR and Haryana are appearing for their economics paper. Result date for this questions will be soon announced by CBSE.

Moreover, the CBSE will be conducting examination of Class 10 and 12 students of Punjab on April 27. The exams which were held on April 2, 2018 were postponed because to a law and order situation in the state.

CBSE 10th, 12th results 2021 DISPUTE: Not SATISFIED with results? Board asks you to do THIS on its dispute settlement circular - details here