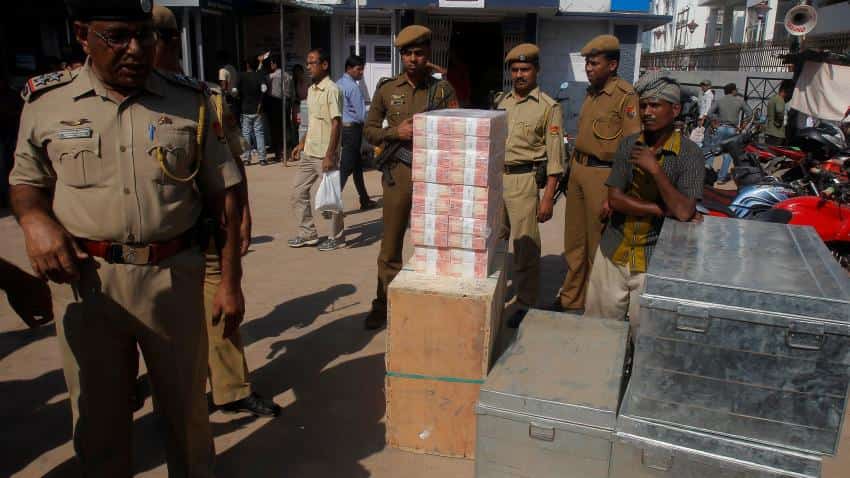 The department said that more than Rs 130 crore in cash and jewellery has been seized and approximately Rs 2000 crore of undisclosed income has been admitted by the taxpayers. Image Source: Reuters

Detecting ‘serious’ irregularities while disclosing income, the Central Board of Direct Taxes (CBDT) on Tuesday said that over 30 such cases have been reported to the Central Bureau of Investigation (CBI) and the Enforcement Directorate (ED).

“Detecting serious irregularities beyond the Income-tax Act, the CBDT decided to refer such cases to the ED and the CBI, enabling them to examine the criminal conduct for immediate necessary action. More than 30 such references have already been made to the ED, and are being sent to the CBI,” the department said.

Further stressing on investigations carried out as income disclosures are on the rise, the department said, “The Income Tax Department has carried out swift investigations in more than 400 cases since the de-monetisation of Old High Denomination (OHD) currency announced by the Government on 8th November, 2016. More than Rs130 crore in cash and jewellery has been seized and approximately Rs 2000 crore of undisclosed income has been admitted by the taxpayers.”

The Bengaluru Investigation Unit of the Income Tax Department alone has sent a total of 18 references to the ED, the report said.

The department said that its Ludhiana Unit has referred two cases, where seizures of $14,000 and Rs 72 lakh in cash were made.

In another report of tax irregularities in Hyderabad, where seizure of Rs 95 lakhs cash from five persons travelling in a Tata Indica was made.

CBDT said that Pune’s reference of seizure of Rs 20 lakhs cash, including Rs 10 lakhs in new currency notes was made from an un-allotted locker of urban cooperative bank, the key of which was in the possession of the CEO of the bank.

The department further stated that two cases referred by the Bhopal unit are of jewelers against whom evidence of large scale pre-dating of bills and flouting of PAN reporting norms were detected during searches conducted. The cases referred from the Delhi unit include the Axis Bank, Kashmiri Gate in which complicity of officers of the bank in the malpractices was detected.

As the higher currency in the economy was abolished overnight, PM Modi gave India 50 days to rid itself of the remaining old Rs 500 and Rs 1,000 notes.

“The concerted and coordinated enforcement action of the Income Tax Department, ED & CBI in detecting the malpractices and taking swift action is going to continue in the coming days,” CBDT added.