CBDT allotted over PAN card to 19,000 new companies in just one day: FinMin 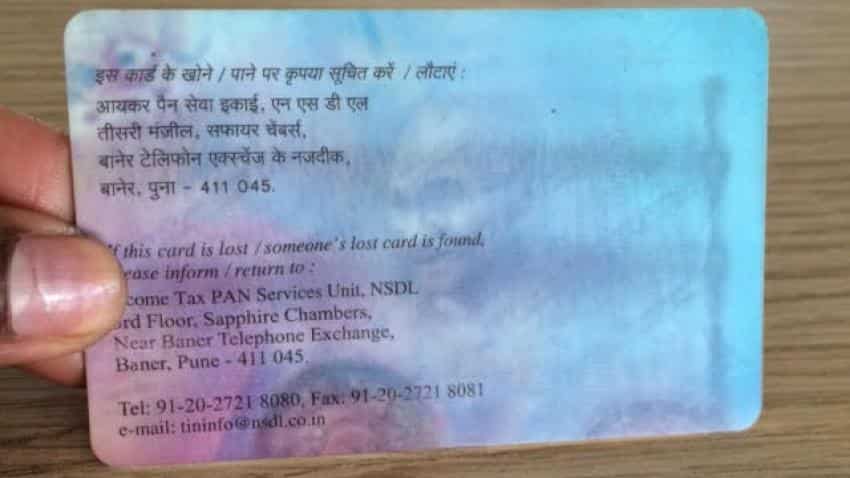 Ministry of Finance announced that the CBDT has partnered with the MCA. Photo: Zeebiz
Written By: ZeeBiz WebTeam
RELATED NEWS

Till March-end, 19,704 new companies were allotted Permanent Account Number (PAN) in just one day. However, during the month of March, 2017, of the 10,894 new companies, PAN were allotted within four hours in 95.63% of cases and within a day in all cases, Ministry of Finance said.

Ministry of Finance on Tuesday announced that the Central Board of Direct Taxes (CBDT) has partnered with the Ministry of Corporate Affairs (MCA) to issue PAN and TAN in just one day. The decision will help in improving the Ease of Doing Business.

The Ministry in a release said that the like PAN allotment, TAN was allotted to the newly incorporated companies within four hours in 94.7% cases and within a day in 99.73% of cases.

"CBDT’s initiative in starting of a business is expected to significantly improve the ranking of India in the Ease of Doing Business Study conducted by World Bank by reducing the number of processes of registration before various authorities under law, reducing the time taken for allotment of the registration number (CIN, PAN, TAN) and making the entire registration process for new companies much simpler, " FinMin said.

How does this process work?

As per the Ministry the applicant companies submit a common application form SPICe (INC 32) on MCA portal.

Then, the data of incorporation is sent to CBDT by MCA, the PAN and TAN are issued immediately without any further intervention of the applicant.

The Certificate of Incorporation (COI) of newly incorporated companies includes the PAN in addition to the Corporate Identity Number (CIN). TAN is also allotted simultaneously and communicated to the company, the Ministry explained.

Further, the Ministry mentioned that CBDT has also introduced the Electronic PAN Card or E-PAN which is sent via email, in addition to issue of the physical PAN Card, to all applicants including individuals where PAN is allotted.

"Applicant would be benefited by having a digitally signed E-PAN card which they can submit as proof of identity to other agency electronically directly or by storing in the Digital Locker," Ministry added.