CSIR-Institute of Genomics and Integrative Biology in its report released in 2015 said that during their study they had found DNA of 78 types of germs on the currency notes that can spread certain diseases like skin, gastrointestinal, respiratory infection and TB. 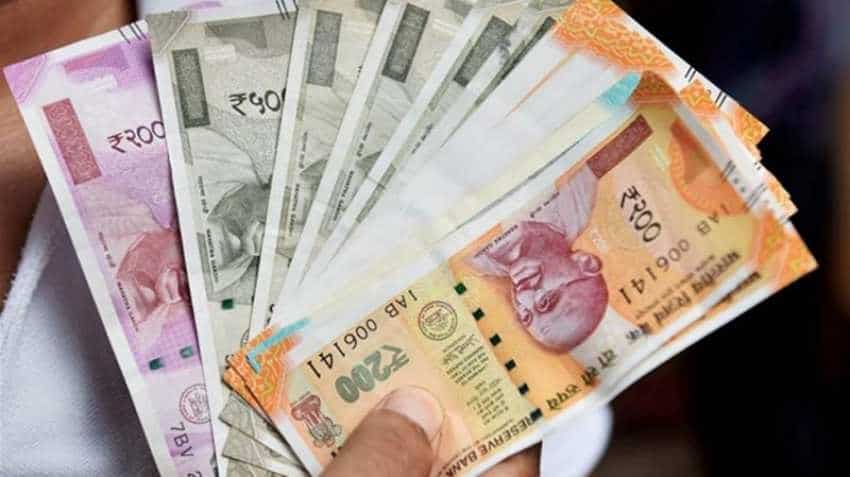 CSIR-Institute of Genomics and Integrative Biology in its report released in 2015 said that during their study they had found DNA of 78 types of germs on the currency notes. Image source: PTI
Written By: ZeeBiz WebTeam
RELATED NEWS

REVEALED! Are currency notes carriers of coronavirus? Here is what RBI says

Currency notes have became an inseparable part of our life. However, have you ever imagined that the money that you carry in your pocket is actually making you sick? Hopefully, not. Then, we would like to inform you about the fact that these currency notes are sickening you and this fact is supported by certain studies that claim that the notes are contaminated with disease-causing pathogens and can transmit several diseases like even urinary and respiratory tract infections, septicaemia, skin infections, recurrent meningitis, toxic shock syndrome and a variety of gastrointestinal diseases.

In fact, the trader's body,  Confederation of All India Traders (CAIT), has written a letter to the Finance Minister Arun Jaitley seeking an investigation to assess the potential health hazards allegedly posed by the currency notes. The body has also urged the finance minister to take preventive measures to protect people from diseases that spread due to their contamination. Besides, the CAIT has also sent copies of the letter to Health Minister J P Nadda and Minister for Science and Technology Harshvardhan and requested them to take immediate cognisance of the issue.

CSIR-Institute of Genomics and Integrative Biology in its report released in 2015 said that during their study they had found DNA of 78 types of germs on the currency notes that can spread certain diseases like skin, gastrointestinal, respiratory infection and TB. According to the CSIR study, on an average, a currency note contains Eukaryotic species such as Fungi (70 per cent), Bacteria (9 per cent) and Virus (1 per cent).

"In our study, which was conducted to find the presence of infectious bacteria in currency notes that are in circulation, the presence of fungal spores, fungal DNA and DNAs of several bacteria were found and these bacteria can cause respiratory diseases", says Dr S. Ramachandran, Principal Scientist, CSIR. He added, "precautionary measures that people should adopt include Swachh habits and handle the currency notes in a clean manner. Secondly, they should also try to exchange the old notes with the new ones at the earliest."

Dr S. Ramachandran also said that shifting from paper notes to plastic notes as well as the use of debit and credit cards can help in being safe from these bacteria.

Confederation of All India Traders (CAIT) says that soon its delegation will meet the finance minister to highlight its concerns. It has also appealed to the business community across the country, who use currency notes the most, to lessen their use and shift to the digital mode of transactions until the government don't come up with its take on the issue.

Praveen Khandelwal, General Secy, CAIT, said, "We have written to the government and asked it to come clear on the issue." He added, "Soon, we will be meeting with the finance minister and the health minister to highlight our concern areas in front of them. We will also write a letter to CSIR. As long as the picture is not clear we would like to appeal to the businessmen of the country to lessen the use of currency notes in physical forms."

"When we went out to interact with people and know their opinion on the study related to currency notes that they carry in their wallet than most of them said that they are neither aware of such a thing nor they ever thought about the same," he added.

In addition, the CAIT also referred to another report published in the Journal of  Current Microbiology and Applied Sciences in 2016 that stated that 84.6 per cent of the 120 currency notes tested were contaminated with disease-causing pathogens such as Klebsiella pneumonia and E Coli. The test was conducted at the department of microbiology, Tirunelveli Medical Colege, Tamil Nadu.

REVEALED! Are currency notes carriers of coronavirus? Here is what RBI says