Though the larger view is in favour halving the cess, the exact quantum would be worked out later. The reduction in the levy has huge revenue implications as ONGC alone pays cess in excess of Rs 10,000 crore annually. 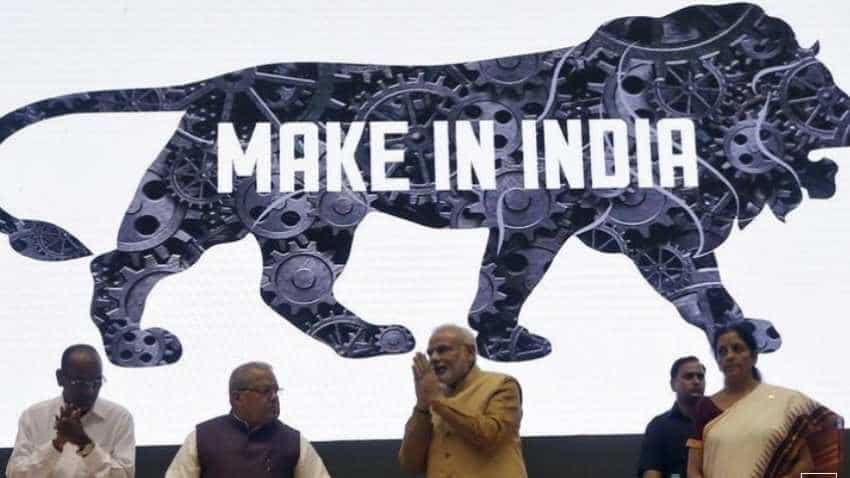 The government may give `Make in India` push to oil and gas exploration in the budget 2020-21, Photo: Reuters
Written By: IANS
RELATED NEWS

The government may give `Make in India` push to oil and gas exploration in the budget 2020-21. It is considering a proposal to halve cess on domestic crude oil to encourage exploration activity and allow public and private sector companies to step up investment in search for new hydrocarbon reserves.

Cess on domestic crude is currently levied at the rate of 20 per cent of the value of oil. This may come to 10 per cent if a proposal given by the industry and the oil ministry is accepted by the Finance Ministry for inclusion in this year`s budget, official sources said.

Though the larger view is in favour halving the cess, the exact quantum would be worked out later. The reduction in the levy has huge revenue implications as ONGC alone pays cess in excess of Rs 10,000 crore annually.

The changes would also provide a level playing field to domestic companies as imported crude does not attract cess.

The Finance Ministry had revised oil cess in FY17 Union Budget shifting it from specific charge of Rs 4,500 per tonne of crude to an ad valorem rate of 20 per cent. This was done to help the exploration firms from a higher cess burden at a time when crude oil prices were falling. But with the reversal of the pricing scenario now, the value-based taxation has now again begun to hurt the sector.

Though oil prices are stable, fluctuations in pricing always puts domestic crude producers at a disadvantage. The benchmark Brent crude is now hovering around $66 a barrel but pressure points in terms of squeezing supplies from major oil markets such as Venezuela and Iran, extension of production cuts by oil cartel OPEC, end of US-China trade war and tension in the Gulf region remains that can reverse current pricing cycle.

"The benefit that the sector got in Budget 2016 has vanished as a 20 per cent cess on domestic crude is working out to a charge of over Rs 6,000 per tonne for upstream companies. This is higher than what we were paying when government levied specific cess on crude," said an official of a public sector oil company asking not to be named.

The problem is magnified as the cess incurred by producers is not recoverable from refineries and forms part of cost of production of crude oil. The Oil Industry (Development) Act, 1974, provides for collection of cess as a duty of excise on indigenous crude oil. This adds to loss of revenue for exploration companies.

The reduction in oil cess would benefit upstream companies such as ONGC and Cairn India whose production is subjected to the oil industry development cess levied on an ad valorem basis. This increases the financial burden on companies whenever there is an increase on crude oil prices.

But under the new open acreage licensing policy (OALP), which provides pricing and marketing freedom to operators along with the power to select the block for exploration, does not attract oil cess. This puts the older oil and gas blocks at a disadvantage to any new hydrocarbon finds.

Currently, state-owned ONGC and OIL pay a cess on crude oil they produce from their allotted fields on a nomination basis. Cairn India has to pay the same cess for oil from the Rajasthan block.

Most of crude oil produced in India comes from pre-NELP and nomination blocks and is liable for payment of cess. NELP blocks like Reliance Industries` KG-D6 are exempt from payment of cess while pre-NELP discovered blocks like Panna/Mukta and Tapti and Ravva pay a fixed rate of cess of Rs 900 per tonne.