Rajiv Bajaj, who is well known for speaking his mind over a range of issues whether political or business, also clarified his stand on the reduction in GST on two wheelers saying he supported the call not to treat two-wheelers as luxury items. 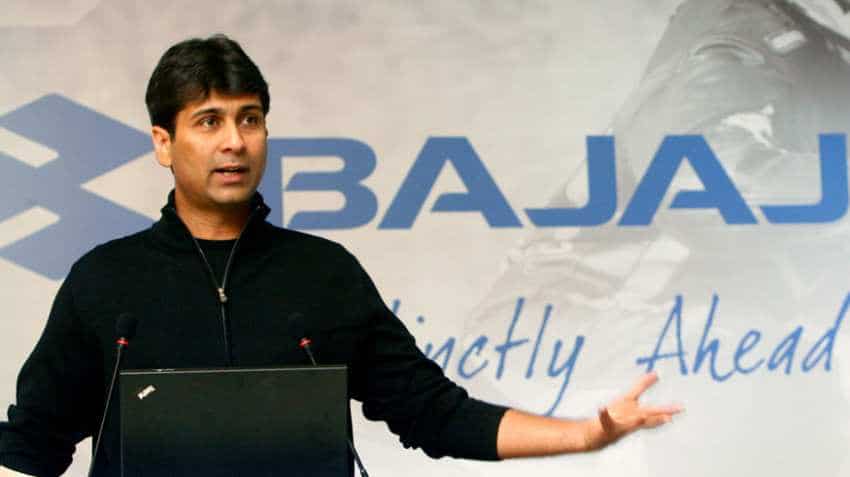 In a candid admission at an event here, Bajaj even went a step further declaring that he won't be watching it in future as well, as there "was nothing worthwhile" in it. Image source: Reuters

For many industrialists run-up to the Budget 2019 means time to present wish lists to the government. However, for Rajiv Bajaj, the managing director of Bajaj Auto, watching budget presentation itself is a waste of time, let alone wish for any favour from the government. Bajaj, who claims not to have watched budget presentations in the last 28 years, said Monday that he would rather spend time working on a product than waste four hours watching the budget.

In a candid admission at an event here, Bajaj even went a step further declaring that he won't be watching it in future as well, as there "was nothing worthwhile" in it. "You will be surprised to know that in the last 28 years (that) I have been in Bajaj, I have not seen Budget even a single time," Bajaj said when asked about his expectations from the interim Budget which is due next month.

The Union Budget is one of the most watched, discussed and followed annual exercise in India among industry players as well as common man as it sets out the government's fiscal policies. Bajaj, however, has a different take.

"There is no benefit by watching the Budget because it does not have anything which is worthwhile and without seeing Budget it has not affected my company," he said, adding if there were any important policy changes there would be people who would informing him "through Whatsapp" about those changes any way.

"Rather than sit for four hours and burden your brain, it is better to go and make a product. Nor I have seen it and nor I will see it in the future, you can report that," he said to a full house of media and other company executives.

Bajaj, who is well known for speaking his mind over a range of issues whether political or business, also clarified his stand on the reduction in GST on two wheelers saying he supported the call not to treat two-wheelers as luxury items.
"I do concede that to call two-wheeler or a motorcycle in this country a luxury item doesn't have a logic. It is not a luxury item...If 28 per cent tax is for luxury items and 18 per cent is for normal items then logically it seems to me that 18 per cent (for two-wheelers) make sense," Bajaj said.

He further said, "My personal opinion is that any motorcycle up to 250 cc is a mass motorcycle and I would say all such bikes are being bought by people basically for commuting. It is not that you will be taking a 150 cc bike for racing."

While expressing his difference of opinion with other two-wheeler makers who wanted a cut in GST rate on two-wheelers in the wake of decline in sales in the past three months, Bajaj said keeping in mind cost escalations due to implementation of safety norms and upcoming BS-VI, there was indeed a need to rationalise the rate.

"Since safety norms will be coming this year and emission norms next year and between these two the average 150 cc bike, we should expect the prices to go up by around Rs 10,000-Rs 15,000. So if there is going to be such a steep increase, we will have to pass it on, most of it, not all of it.

"So if the government were to take a kind view of this and mitigate some of the the cost increase by adjusting the GST at that time, to me that seems to me a logical thing," Bajaj said.

Earlier, Hero MotoCorp and TVS Motor Company had asked the government to slash GST on two wheelers from the current 28 per cent slab to 18 per cent to give relief to the customers.