"As the country is nearing to achieve saturation point... without an export take off manufacturing growth cannot be sustained and accelerated," the ICEA said in the document. 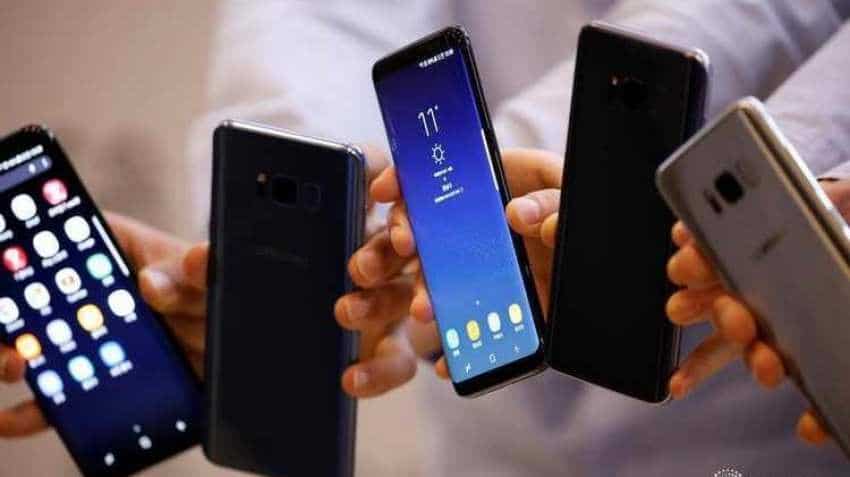 The ICEA confirmed it submitted the document. The finance and technology ministries did not respond to requests for comment. Reuters
Written By: Reuters
RELATED NEWS

Smartphone makers in India are calling for export credits on devices and tariff cuts on machinery imports as part of measures they say will make Asia`s third-biggest economy a global smartphone manufacturing hub.

The Indian Cellular and Electronics Association (ICEA), whose members include some of the industry`s biggest names including Apple Inc, made the proposals in a 174-page document reviewed by Reuters and submitted to the government ahead of its annual budget announcement next week.

"As the country is nearing to achieve saturation point... without an export take off manufacturing growth cannot be sustained and accelerated," the ICEA said in the document.

The ICEA confirmed it submitted the document. The finance and technology ministries did not respond to requests for comment.

The government`s `Make in India` campaign beginning 2014 and gradual tax increases on imports of mobile phone components have spurred the creation of more than 260 manufacturing units in the country and over 600,000 jobs, ICEA said.

That has helped India become the second-biggest producer of mobile phones after China, and prompted foreign smartphone makers such as Oppo and Samsung Electronics Co Ltd as well as contract manufacturers like Wistron Corp and Hon Hai Precision Industry Co Ltd (Foxconn) to ramp up production for phones primarily sold domestically.

The industry is now set for a further boost under a broader National Policy on Electronics currently in the works. Yet at the same time, the government also appears to be raising obstacles.

Next month, it will begin taxing imports of touch panels two months earlier than initially planned, sending mixed messages to handset manufacturers as setting up the means to assemble panels locally is a significant expense.

"Consistency in policy is important for any industry to mature," said Navkendar Singh, associate research director at consultancy International Data Corp. "Back-and-forth in policy hurts investor sentiment and the country`s positioning as a destination to manufacture."

In its document, ICEA proposed the government raise the export credit received on the value of mobile phone shipments to 8 percent from 4 percent. It also called for the introduction of a 5 percent export credit on services such as mobile apps.

Other proposals from the body - which also counts Huawei Technologies Co Ltd, Oppo and Foxconn among its members - include lower import taxes on capital goods such as machinery and ensuring manufacturers have access to low-cost capital.

"The next phase (of manufacturing) can now probably be driven by export incentives," said Vikas Agarwal, India head of Chinese smartphone maker OnePlus, which is not an ICEA member.

"The eventual goal is to establish India as the preferred destination - and not just driven by duties, but by the opportunities in the Indian market."
TOUCH PANEL ASSEMBLY
The ICEA, formerly the Indian Cellular Association, also called on the government to re-consider levying duties on new components, and allow for the local manufacture of parts already under the import tax regime to develop in a timely manner.

The import tariff on touch panels has been of particular concern to manufacturers including Samsung.

The South Korean firm has written to the federal government saying it cannot make two of its high-end models in India because of the tariff, the Economic Times reported this week.

A person familiar with the matter told Reuters Samsung had written to the government, and that the firm was investing in a touch panel assembly plant in India which would ready by the end of March 2020.
Samsung declined to comment.

The government aims to export $9 billion worth of mobile phones in the year ending March 2020 from just $100 million in 2017, the ICEA said in a previous report.

"Despite some improvement in exports since 2015, India still has a long way to become an export hub," it said.