Besides, CEAMA has requested the government to look on the issues on import of other intermediaries and segments such as security and surveillance cameras and related products, which are largely imported. 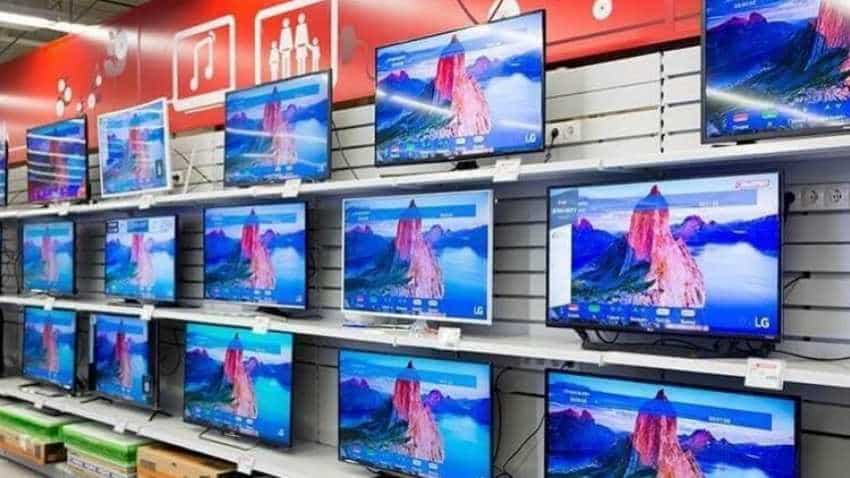 "Even though the consumer demand may have grown over the years, local manufacturing has not been able to keep pace with growing consumer demand. Zee Business

The Consumer Electronics and Appliances Manufacturers Association (CEAMA) Friday urged the government to raise customs duties on imported finished goods while lowering the same on components in order to promote domestic manufacturing.Ahead of the interim-Budget, CEAMA has suggested to increase the basic customs duty (BCD) on import of finished goods such as TV, AC, refrigerators and washing machines.CEAMA also called for a reduction in BCD on critical components such as compressors, open cell and display panel used by the industry to 5 per cent from the existing 10 per cent, to boost domestic manufacturing.

According to the industry body, contrary to the 'net zero import in electronics' objective of the government, finished goods are often imported at a lower duty than parts in the country, on account of various free-trade agreements.

It has also asked for subsidies on locally manufactured products, which "will act as a stimulus" for the development of the components manufacturing base and boost 'make-in-India' initiatives.

Besides, CEAMA has requested the government to look on the issues on import of other intermediaries and segments such as security and surveillance cameras and related products, which are largely imported.

"We propose a hike in the Basic Customs Duty for CCTV Camera & CCTV Recorders from 15 per cent to 20 per cent, to promote local manufacturing and discourage imports, further supporting its indigenous production," said Nandi, who is also Godrej Appliances' business head & executive vice-president.

According to CEAMA, the industry, which is struggling for growth for the past two years, largely imports critical components such as open cells, display panels and compressors and China alone contributed 59 per cent in that.

When it comes to components, China enjoys the advantage of scale which has led to their exports as well much to the disadvantage of Indian manufacturers," said CEAMA.

Some components are still not manufactured in India, as it is cheaper to import as factors such as "high cost of investment, infrastructure and logistics" are acting as deterrents for investors.