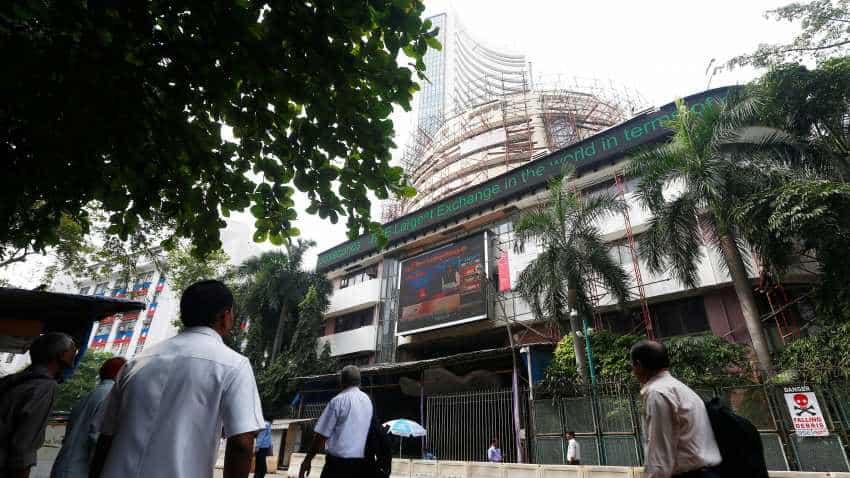 Equity markets fell more than 2% on Thursday. Markets fell with above average volumes, suggesting selling by institutional players mainly in hitherto stronger shares including IT services, Reliance Industries, some private banks and insurance companies. Other stocks that lost out were Hero MotoCorp, TCS, IndusInd Bank, Adani Ports, HDFC Bank, Infosys, HUL, Asian Paints, HDFC and Bajaj Auto, which fell up to 6 per cent. However, Yes Bank emerged as the top gainer - it soared up to 2.18 per cent.

According to Deepak Jasani, Head of Retail Research, HDFC Securities, "Traders seemed to have taken cues from the technical breach and build short positions in select counters."

Jasani added, "Key issues concerning the markets include the direction of the Rupee which is the past month’s worst-performing emerging market currency having fallen to a new record low of 73.90 earlier in the session. On Thursday however the Rupee showed some signs of stability in the first half the session. Market participants are pinning their hope on the Reserve Bank of India and government taking necessary measures to arrest the decline in the value of the Rupee."

Most Asian markets are down sharply in response to the spike in U.S. Treasury yields to levels unseen since 2011, which makes it challenging for other asset classes to attract buying. 10 Year yields in the US touched 3.17 on Wednesday and has inched up further on Thursday.

Jasani said that crude prices, which have touched a 4 year high, is another reason for concern for Indian markets as it affects the macros and then indirectly the growth rate of the economy.

Trade war situation seems to be escalating lately which could impact global trade and its consequent effect on the Indian economy.

Going forward, Jasani said, "The govt has been proactive and trying to tackle the situation keeping fiscal discipline in mind. Timely apt decisions (a series of them) from the Govt/RBI could help in turning around the sentiments in the bond and equity markets even as one hopes that the global situation does not worsen much in the near term."