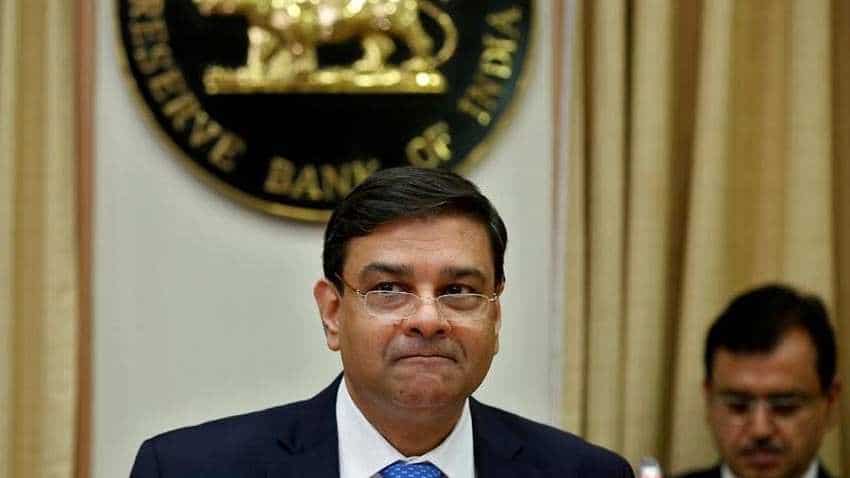 Urjit Patel Resignation: RBI Governor Urjit Patel has decided to step down from his post. "On account of personal reasons, I have decided to step down from my current position (RBI Governor) effective immediately. It has been my privilege and honour to serve in the Reserve Bank of India in various capacities over the years," said Patel in a statement.

"Support & hard work of RBI staff, officers & management has been proximate driver of Bank’s considerable accomplishments in recent years. I take this opportunity to express gratitude to my colleagues&Directors of RBI Central Board & wish them all the best for future," he said.

In a brief statement, Patel said he has decided to step down with immediate effect. Patel was appointed the 24th Governor of the RBI on September, 2016 for a three-year term.

In his statement, Urjit Patel said: "On account of personal reasons, I have decided to step down from my current position effective immediately. It has been my privilege and honour to serve in the Reserve Bank of India in various capacities over the years. The support and hard work of RBI staff, officers and management has been the proximate driver of the Bank’s considerable accomplishments in recent years. I take this opportunity to express gratitude to my colleagues and Directors of the RBI Central Board, and wish them all the best for the future."

The government and the RBI have been fighting for weeks over how much autonomy the RBI should have as the administration of Prime Minister Narendra Modi seeks to reduce curbs on lending and to gain access to the RBI's surplus reserves.

On the other hand, RBI central board member S Gurumurthy expressed his surprise on Patel's resignation. "Surprised at news that RBI Guv resigned. Previous meeting was held in such cordial atmosphere that it comes as a shock. All directors said media had created a wrong perception while inside it was different. That makes it even more surprising," said Gurumurthy.

"His resignation will be bad for our economy, RBI and govt. He should at least stay till July, until the next govt comes to power. PM should call him and find out the reason&dissuade him from leaving in larger public interest," told Subramanian Swamy to ANI.

"The manner in which RBI governor has been forced to quit is a blot on India’s monetary & banking system. BJP Govt has unleashed a defacto financial emergency. The country’s reputation&credibility is now at stake," he said.

Notably, Urjit Patel was appointed after former RBI Governor Raghuram Rajan was denied a second term by PM Narendra Modi-led NDA government. Withing two months of his appointment, the Modi government took one of the biggest policy decisions by demonetising Rupee 500 and Rupee 1,000 currency notes. Thereafter, the entire currency chest of India was changed with new notes like Rs 200, Rs 500, Rs 2,000 and more finding their way into the market.

Patel's tenure was schedule to end in September, 2019.