Bogibeel Bridge set to be inaugurated in June: Lohani

The 4.94 km bridge will facilitate connectivity between north and south banks of the Brahmaputra in the eastern region of Assam and Arunachal Pradesh. 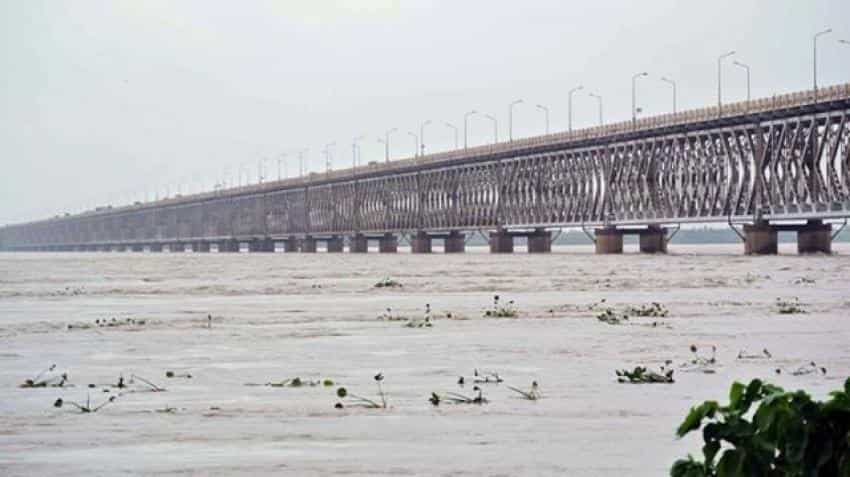 Railway Board Chairman Ashwani Lohani has said the Bogibeel Bridge, the country's longest rail-cum-road bridge being constructed for 15 years, is set to be inaugurated in June.

The 4.94 km bridge will facilitate connectivity between north and south banks of the Brahmaputra in the eastern region of Assam and Arunachal Pradesh.

"Because of less disruption to its construction work the Northeast Frontier Railway's spending will also be less. So hoping to end this year at Rs 5500 crore against 7100 crore last year," Lohani said.

The Bogibeel bridge, originally scheduled to be inaugurated in 2009, is being constructed since 2002 for double line broad gauge track and a three-lane road.

"The Northeastern Frontier Railway is working under difficult conditions. There was an economic blockade in Manipur some months back. But we are working and our projects are going on in that area," Lohani told reporters here yesterday evening.

He expressed hope that construction of railway track to Imphal in Manipur would be completed by 2020.

Land acquisition is on in Nagaland and the Final Local Survey Work is progressing for train line to Tawang in Arunachal Pradesh, the railway board chairman said.

On extension of tracks from Dimapur to Kohima, he said, land for 17 km had already been acquired and it is being acquired for the rest of the land.

For the railway line to Tawang bordering Tibet, Lohani said, the Final Local Survey Work is progressing and two more years more would be required for completing and sending it for cabinet approval.

On Meghalaya, he said, "Land has not been made available there as autonomous councils are not giving land. It has nothing to do with the state government."

Asked if new trains would be given in the NJP-Guwahati sector, Lohania said, "The current track utility capacity is 160 per cent. No new trains is possible until track doubling is done".