The summit will witness participation of business leaders and ministers from as many as 20 countries like the ASEAN nations, the US, Czech Republic, Germany, Japan, UAE  and  Israel 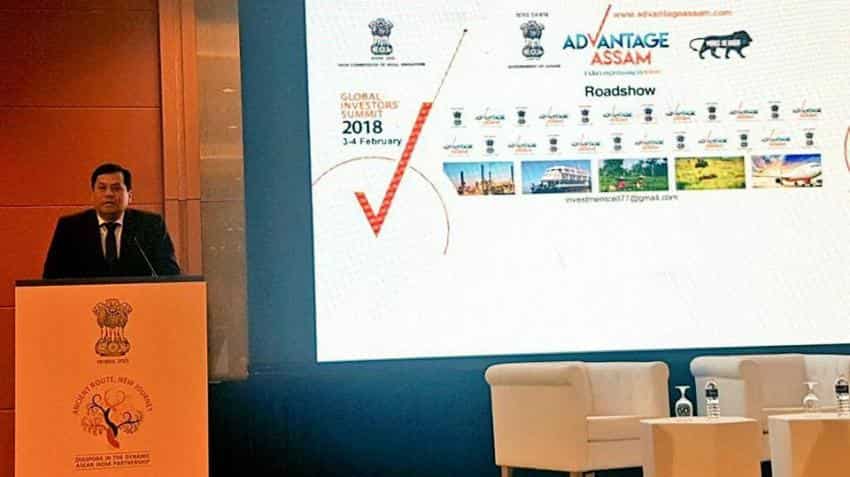 Corporate honchos, including Ratan Tata, Mukesh Ambani, Dilip Sanghvi and physician Naresh Trehan, will be part of over 4,800 delegates from across the world in first ever global investors summit in Assam.

The summit 'Advantage Assam', being organised on February 3-4 at a total expenditure of Rs 32 crore, will also witness participation of business leaders and ministers from as many as 20 countries such as the ASEAN nations, the US, Czech Republic, Germany, Japan, UAE and Israel.

It "has a unique advantage of being at a strategic geographic location with a strong connectivity network, making it an ideal destination for business with the ASEAN countries. That is why, the objective of the summit is to position Assam as India's expressway to ASEAN," Assam Commerce and Industry Minister Chandra Mohan Patowary said at a press conference.

Advantage Assam will be the largest ever investment promotion and facilitation initiative by the state government and it will showcase the opportunities offered by the state in terms of export-oriented manufacturing and services to ASEAN and other countries, he added.

"A total of 14 international and domestic roadshows were organised as a part of the pre-summit preparations. High powered delegation of the state government, many of which were led by the Chief Minister, engaged in more than 200 one-on-one meetings with corporate houses in these roadshows. We have seen over 4,800 delegate registrations," Patowary said.

With these, the state government has been able to draw attention of industry leaders like Tata Group's Ratan Tata, Reliance's Mukesh Ambani, Dilip Shanghvi from Sun Pharmaceuticals, Dabur's Anand Burman and Harshavardhan Neotia from Ambuja Neotia Cements, who have confirmed their presence in the summit, he added.

"Besides, Naresh Trehan from Medanta - The Medicity - and filmmaker Subhash Ghai have confirmed to be a part of the summit deliberations, among others," he added.

Tourism-hospitality-wellness, civil aviation, petroleum - natural gas and startups-innovation are the other focus areas for the business tycoons, he added.

Talking about incentives for investment, Patowary said the state government has come out with the Assam Industries (Tax Reimbursement for Eligible Units) Scheme, 2017, under which tax exemptions will be given up to 200 per cent on the fixed capital for the units set up till December 31, 2022.

"Besides, to strengthen the investment scenario, the state has instituted some very attractive sectoral policies. We will also introduce an overall state industrial policy. The central government policy for industrial development of North East is also coming soon," he added.

On the poor power scenario, Patowary accepted that Assam is an electricity-deficient state, but said it will source the same from the National Power Grid for upcoming industries.

"During the last one year, we could bring investment to the tune of Rs 6,500 crore in various sectors. It is a big achievement. Besides, we also got sanction for developing nine port townships across Assam for an investment of Rs 1,100 crore," he added.

These townships will come up at Bogibeel, Neematighat, Kamalabari, Silghat, Pandu, Silchar, Karimganj, Jogighopa and Dhubri, the minister informed.

Besides, dredging work at Brahmaputra is going on with two dredgers, while more are on the way, to create an effective waterway through the river, he added.