Bloodbath in Tata Motors shares; Brexit, JLR take a toll on investors faith; should you invest?

JLR's issues in countries like Europe and other geographical sales have been a cause of concern for investors. 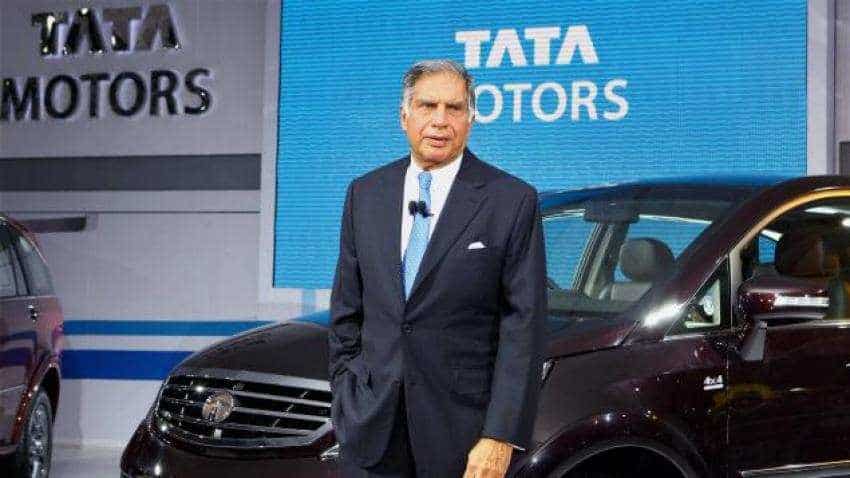 Along with a massive tumble in benchmark indices like Sensex and Nifty 50, the share price of Tata Motors was the least favorite for investors as it is the top loser on the index. At around 1303 hours, the shares of Tata Motors were trading at Rs 170.75 per piece down by 2.82% on Sensex. However, the stock even plunged by over 3% after touching an intraday low of Rs 169.95 per piece on the index. Such negative heat comes right after S&P Global ratings revised its outlook for Tata Motors to negative. This can be blamed to the company's luxury car brand Jaguar Land Rover (JLR).

Tata Motors released a notification on Sensex, where it highlighted that their rating has been revised by S&P Global Ratings to BB-/Negative watch.
Negative outlook on Tata Motors was due to weaker profitability at JLR.

Not only parent, but JLR also faced similar rating due to weaker profitability.

JLR's issues in countries like Europe and other geographical sales have been a cause of concern for investors.

In CLSA’s view, with the luxury auto industry turning challenging in recent times, the intensity of financial pressures has been far more severe at JLR than peers partly due to a muted product cycle,smaller size and weaker sedan franchise. BMW’s recent guidance of 2018 margins falling below its eight-year band shows that industry challenges have started to hurt even the dominant players meaningfully.

“We believe that JLR, against such a backdrop, would need a stronger product cycle to tide over these tough times. But this is unlikely until the next major upgrades of its key RR and RR Sport models, which are not part of FY19-20 launches,” said CLSA.

For JLR, Europe not only forms ~22% of its volumes, but is also an important source of components.

CLSA said, “A non-deal Brexit could result in import tariffs on both these legs, resulting in higher costs and lower competitiveness in Europe for JLR. A hard Brexit could also trigger businesses relocating out of the UK, impacting demand. JLR’s Slovakia plant is unlikely to help much until JLR starts producing more models besides Discovery there.”

Hence, considering the headwinds in JLR, CLSA had already trim down Tata Motors target price. The rating agency cuts FY19-20CL EPS by 16-19% on lower JLR volumes/margins and are ~25% below consensus.