BJP's nominee for India's next president is Ram Nath Kovind; who is he?

BJP president Amit Shah has announced Bihar Governor Ram Nath Kovind as its nominee for India's upcoming presidential candidate on Monday. Find out more about who is Kovind and what positions he has held in the past. 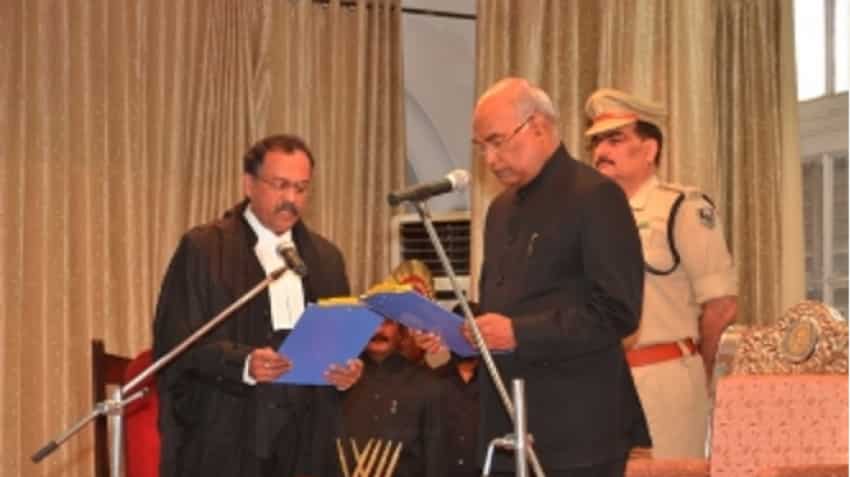 1. Ram Nath Kovind is the present governor of Bihar

2. He is NDA's candidate for Indian presidential election 2017

On August 8, 2015, the President of India appointed him the Governor of Bihar.

Kovind became Rajya Sabha MP in April 1994 from Uttar Pradesh and served for two consecutive terms for 12 years till March, 2006, according to Bihar Government's website.

Kovind was born on October 1, 1945 at Kanpur Dehat, Uttar Pradesh.

Shri Ram Nath Kovind is married to Smt Savita Kovind on 30th May, 1974.

He is Bcom and LLB by qualification from Kanpur University (Uttar Pradesh).

He became Advocate-on-Record of the Supreme Court of India in 1978.

He had practiced in Delhi High Court and Supreme Court for about 16 years till 1993.

He was enrolled as an Advocate in 1971 with the Bar Council of Delhi.

Career as a Parliamentarian:

Ram Nath Kovind, served as Member of Board of Management of Dr B R Ambedkar University, Lucknow.

He also served as Member of Board of Governors of Indian Institute of Management, Kolkata. Shri Kovind represented India in United Nations (New York) and addressed United Nations General Assembly in October, 2002.

Kovind had been a crusader for the Rights and Cause of Weaker Sections of the Society specially Scheduled Castes/Scheduled Tribes/ OBC/Minority/Land Women from his student days.

In the year 1997 some Government Orders were issued by the Central Government which adversely affected the interests of employees of the Scheduled Castes/Tribes.

Ram Nath Kovind joined the movement of SC/ST employees against the Central Government and consequently succeeded in getting those Government Orders null and void by the passage of three Amendments in the Constitution of India during the first NDA regime.

Ram Nath Kovind has been a pioneer in spreading education. During his parliamentary tenure of 12 years, he emphasised on the development of basic infrastructure for education in rural areas by helping in construction of school buildings in Uttar Pradesh and Uttrakhand under M.P. L.A.D. Scheme.

During his Advocacy tenure, he took a leading role in providing free legal aid to the weaker sections of society, specially SC/ST women, needy and the poor under the aegis of “Free Legal Aid Society” in Delhi.