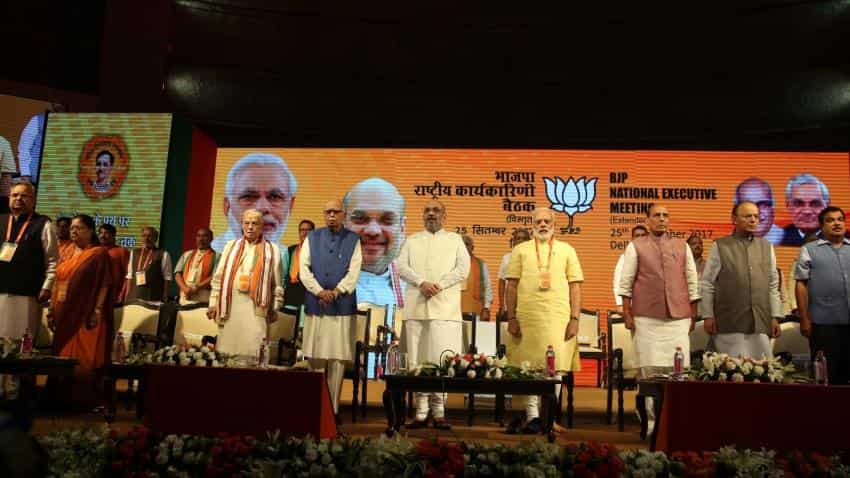 Prime Minister Narendra Modi is also likely to make announcements in his valedictory speech on the last day of the meet. According to some media reports, Modi will unveil the stimulus package to revive the economic system of the country.

Soon after the meeting, Finance Minister Arun Jaitley addressed the media, giving insights of the meeting.

Jaitley said that Modi will make announcement on plan for poor welfare.

1. The Congress from 2004 to 2014 did not take a single step against black money and corruption. So naturally, any step by us will not be supported by the UPA government.

3. Main point of PM's speech was that we should take BJP beyond elections and make it instrument of mass participation, Jaitley said.

4. On Sardar Patel’s birthday on October 31, the BJP will organise a ‘Run for Unity’ event, Jaitley added.

5. In the last quarter there was a dip in Gross Domestic Product which was brought down by manufacturing sector, Jaitley said.

7. According to PTI, Jaitley said no other political party in the country is as active as
the BJP.

9. BJP leader Arun Jaitley says power was means of enjoymentfor the opposition when it was in government.

10. PM Modi has told BJP national executive that the party "should be taken beyond elections", says Jaitley added.