Under the law, instant triple talaq in any form -- spoken, in writing or by electronic means such as email, SMS and WhatsApp -- would be illegal and void 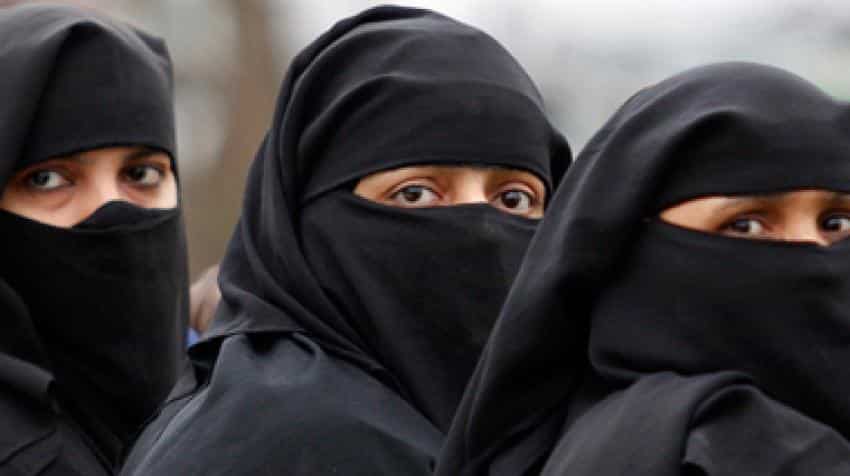 The proposed law will give power to the victim to approach a magistrate seeking subsistence allowance. Image source: Reuters
Written By: Reuters
RELATED NEWS

A bill to make instant triple talaq illegal and void and awarding a jail term of three years for the husband, was introduced in the Lok Sabha today.
Law Minister Ravi Shankar Prasad introduced the Muslim Women (Protection of Rights on Marriage) Bill, calling it a "historic day" amid opposition to its introduction by members of different parties, including RJD, AIMIM, BJD and All India Muslim League.
The law is about justice and respect for women and is not about any religion or community, he said, adding that the practice of instant triple has continued despite the Supreme Court order terming it void.
Parliament has to decide whether the victims of triple talaq have fundamental rights or not, he said after some oppositionmembers claimed it violated the fundamental rights guaranteed under the Constitution.
"It is a historic day. We are making history today," Prasad said.
The proposed law would only be applicable on instant triple talaq or 'talaq-e-biddat' and give power to the victim to approach a magistrate seeking "subsistence allowance" for herself and minor children.
The woman can also seek the custody of her minor children from the magistrate who will take a final call on the issue.
Under the law, instant triple talaq in any form -- spoken, in writing or by electronic means such as email, SMS and WhatsApp -- would be bad or illegal and void.
According to the proposed law which would be applicable to the entire country except Jammu and Kashmir, giving instant talaq would attract a jail term of three years and a fine. It would be a non-bailable offence.