The 2018 UN E-Government Survey is published as the implementation of the 2030 Agenda advances to its third year and the 2018 High-level political forum (HLPF) focuses on transformation towards sustainable and resilient societies. 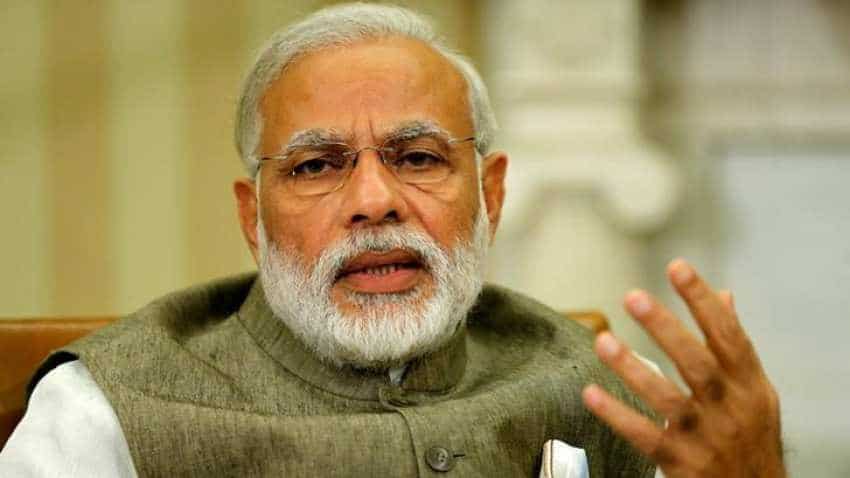 Under Prime Minister Narendra Modi-led government, the country had first been hailed for improvement in its rank on the World Bank’s Ease of Doing Business Index. Now, it has added another feather in its cap by jumping 11 ranks in last two years in the United Nation’s E-Government Index. India, which was ranked 118 in year 2014, is now at 96th rank on the index. This survey maps how digital technologies and innovations are impacting the public sector and changing people’s everyday lives.

The survey also tracks progress of e-government development via the E-Government Development Index (EGDI), which assesses e-government development at the national level. It is a composite index based on the weighted average of three normalized indices. One-third is derived from a Telecommunications Infrastructure Index (TII) based on data provided by the International Telecommunications Union (ITU), one-third from a Human Capital Index (HCI) based on data provided by the United Nations Educational, Scientific and Cultural Organization (UNESCO), and one-third from the Online Service Index (OSI) based on data collected from an independent survey questionnaire, conducted by UNDESA, which assesses the national online presence of all 193 United Nations Member States. 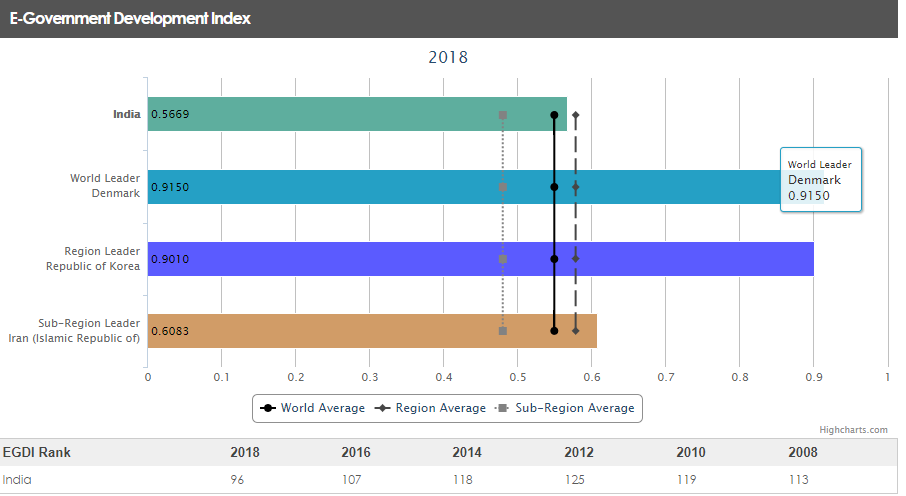 The UN survey questionnaire assesses a number of features related to online service delivery, including whole-of-government approaches, open government data, e-participation, multi-channel service delivery, mobile services, usage uptake, digital divide as well as innovative partnerships through the use of ICTs. This data is collected by a group of researchers under the supervision of UNDESA through a primary research and collection endeavour.

The 2018 UN E-Government Survey is published as the implementation of the 2030 Agenda advances to its third year and the 2018 High-level political forum (HLPF) focuses on transformation towards sustainable and resilient societies.

According to the Survey, the three most commonly used online services in 2018 are utilities payment, submission of income taxes, and registration of new businesses. Service availability through emails, feed updates, mobile apps and SMS (short message service, or texts) has doubled globally, especially in the health and education sectors.
For instance, 176 countries provide online services in education via email alerts to citizens compared to 88 countries in 2016, and 152 countries provided such services in the health sector this year compared to 75 in 2016. A growing number of countries is also providing targeted online services to vulnerable groups: 86 per cent in the Americas, 79 percent in Asia, 57 per cent in Africa, and 15 per cent in Oceania.

The Survey concludes that while e-government began with bringing services online, the future will be about the power of digital government to leverage societal innovation and resilience and to transform governance to better achieve the SDGs.