The corporate world has a belief that if there is a slight slippage in fiscal deficit than it should be allowed but it should invest in infrastructure so that jobs can be created and people get money for consumption, Bharti Enterprises Vice-Chairman Rajan Bharti Mittal says 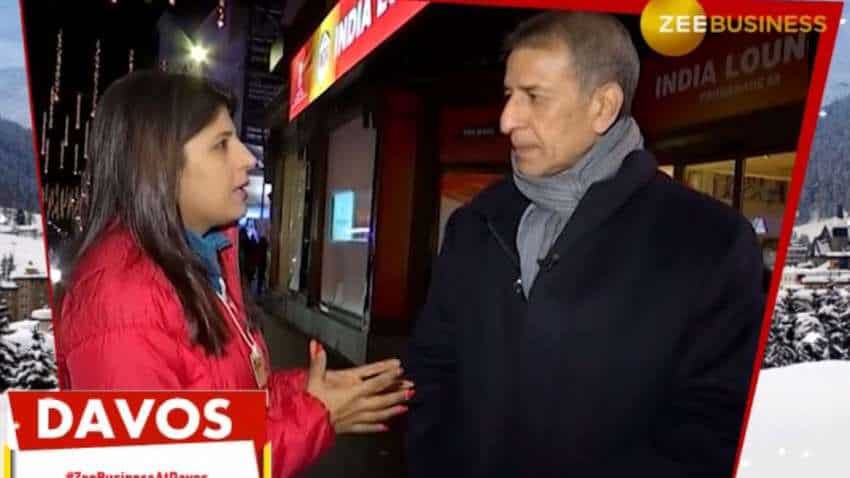 Reduce the levis, prices should be increased and spectrum charges like 5G should be made reasonable because telecom is a must for the GDP of the nation, Rajan Bharti Mittal, Vice-Chairman, Bharti Enterprises says
Written By: Jitesh Kumar Jha
Edited By: ZeeBiz WebTeam
RELATED NEWS

New income tax calculator out! You can file income tax on your own now

Coronavirus: Reward announced for getting tested for dreaded illness

Rajan Bharti Mittal, Vice-Chairman, Bharti Enterprises, talks about India's role in climate change that was discussed at Davos 202, Union Budget and the issues of telecom industry during a chat with Swati Khandelwal, Zee Business. Edited Excerpts:

Q: Environment, climate change and global warming, which is a pertinent issue, has been discussed at Davos 2020. What is your view on it and how India can plan an important role in this big endeavour?

A: Climate change is a big issue and it has been discussed in details at Davos. We saw President Trump on one side and on the other there was Greta Thunberg. They have divergent views. We, the corporate has talked about sustainability, future and what we will leave behind for the future generation. And, India has to play an important role in it and our Prime Minister is leading it on the front. India has played an important role in the formation of the Paris Accord. In fact, India is engaged in connecting the countries to make sure that the accord turns up to be a successful one. The developed countries should stand by the commitments that they made in it. India in respect to it - if seen from the perspective of per capita - is the lowest carbon emission creator but it has its own issues related to it, which should be resolved. Corporate, government and NGOs will have to work together on it. We are seeing problems like bush fire in Australia and Amazon. The same is the condition - in terms of temperature - of Davos, where we are standing. This is the tenth year when I am at Davos and the temperature is so good, it is hot, earlier, it used to be between minus (-) 15-20 degrees. Thus the things are visible and it is telling the story of that climate change is real.

Q: Investments plans for India is being discussed amid a slowdown in economy and GDP numbers and manufacturing data is being discussed. So, what is your view on the problem, do you think it is a mid-term or long-term problem and how it can be addressed/resolved? Do you think the budget that is round the corner can address it?

A: Two-three things are associated with it like there is a global slowdown, which has had an impact on India at least when India is not an island and is connected to the rest of the world. Secondly, there is a self-created slowdown in India, which has been recognised by the government. We have several discussions with the finance minister as well as the Prime Minister. The corporate world has a belief that if there is a slight slippage in fiscal deficit than it should be allowed but it should invest in infrastructure so that jobs can be created and people get money for consumption. It should also have a look at the personal tax. At the same time, we feel that there are certain sectors that should speed up like housing - which creates employment; start-up - which can create a base for India and is happening but the government should encourage it more. Services (job/employment) and manufacturing should walk together in India. That's why the corporate world has a belief that the budget will be a good one.

Q: Telecom is an important sector. When it comes to development & technology in terms of 5G amid current situation related to AGR issues then what is your view on it and how the issue will resolve and how your company is dealing with it?

A: As far as telecom is concerned then India is going to be a digital world and is moving on the path. Telecom has been a success story and that's why I feel with technology is changing and you would have seen the way 5G is being displayed on the platform and the works are being done on a real-time basis. India will have to adopt the technology in the recent future. That's why there is a need to improve the health of the telecom industry. For the purpose, we have also asked the government to reduce the levies, prices should be increased and spectrum charges like 5G should be made reasonable because telecom is a must for the GDP of the nation. It is just not related to telecom but it encapsulates every industry. So, I believe that 2020 will be a good start for the telecom industry

New income tax calculator out! You can file income tax on your own now

Coronavirus: Reward announced for getting tested for dreaded illness