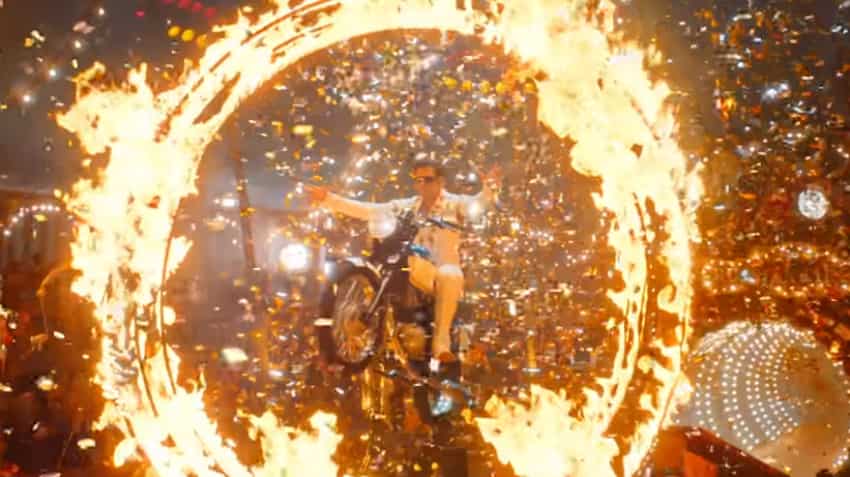 Bharat Box Office Collection till now: Salman Khan starrer Bharat battled bad reviews to emerge as one of the biggest earning Bollywood movie of 2019. According to Film Trade Analyst Sumit Kadel, Bharat has collected Rs 207.5 crore till now. It may end up with a lifetime collection of Rs 210.211 crore. "Bharat Collection till now ₹ 207.50 cr nett. Lifetime collection heading towards ₹ 210-211 cr. Film overpowered bad reviews & turned out to be an upstanding success at the box office. 200 cr+ is a fantasy of many top stars in the industry but considered moderate for Salman," Kadel tweeted today.

Salman Khan starrer slowed down at the box office after a bumper run for several days since release on Eid this month. The film also stars Katrina Kaif and Sunil Grover in important roles. Bharat recorded the biggest opening of 2019 with record Rs 42 crore on day 1. The film also become the fastest Bollywood film to cross the Rs 100 crore-mark this year.

Bharat had literally no competition on several days since release. Only Shahid Kapoor starrer Kabir Singh, which was released last Friday, has collected big money since the release on Bharat. Films like Game Over and Men in Black: International had failed to impress the audience.

Taapsee Pannu starrer Gamer Over, which was released to positive reviews, managed to collect just Rs 6.09 crore within first four days of release.