Beware! Your bank ATM will shut down soon! Know when, why and how

Currently, the country has approximately 2,38,000 installed ATMs, as per the latest publicly available figures. 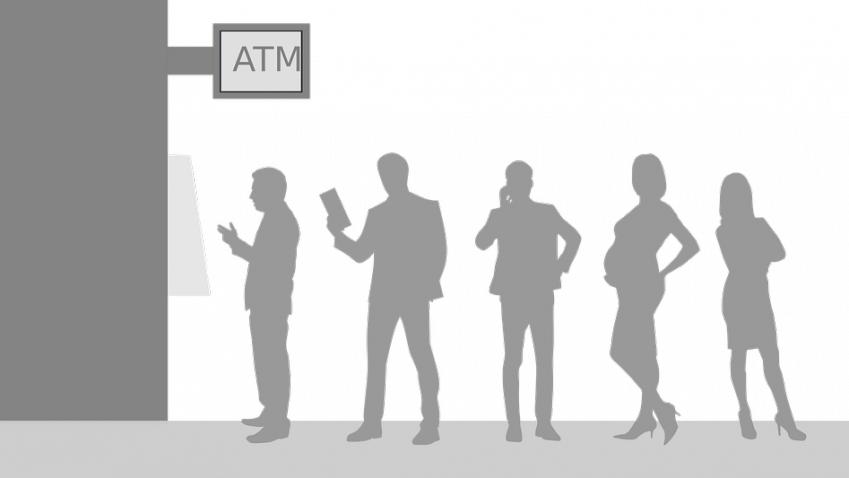 How would you feel, if you are in urgent need of cash but could not find a nearby working bank ATM with cash in it. It will be very frustrating indeed. It is quite unpleasant if you cannot even remove your own cash after bank hours. Much to your shock, this is all set to happen, albeit it will be a few months down the line in by March 2019 end. The amount of ATMs that will be shut are going to be extreme, and citizen residing in both rural and urban regions will face heavy cash crunch. The Confederation of ATM Industry (CATMi), the apex body of the domestic bank ATM industry, has said that service providers may be forced to close down almost 1.13 lakh bank ATMs across the country by March, 2019. Simply put, nearly half of the country’s ATMs will be closed by financial year end March 31.

These numbers include approximately one lakh off-site ATMs and a little over 15,000 white label ATMs. Currently, the country has approximately 2,38,000 installed ATMs, as per the latest publicly available figures.

According to CATMi, a large number of ATMs in non-urban locations may be shut down due to unviability of operations. If this happens, the financial inclusion programme would be severely impacted as millions of beneficiaries under the government’s Pradhan Mantri Jan Dhan Yojana (PMJDY) scheme, who withdraw subsidies in form of cash through ATMs, may find their neighborhood ATM shut. This may result in long queues and chaos similar to what the country witnessed when ATMs were not dispensing cash, post demonetisation.

Several hundred thousand jobs ride on this industry and as per CATMI estimates, the closure of ATMs may result in considerable job losses that would be detrimental to financial services in the economy as a whole.

CATMi said the forced closure is on account of unviability of operations brought about by recent regulatory guidelines for ATMs hardware and software upgrades, recent mandates on cash management standards and the Cassette Swap method of loading cash.

It added that, their members, which include the ATM managed service providers (MSPs), brown-label ATM deployers (BLAs) and White Label ATM Operators (WLAOs), are already reeling under the financial impact caused by huge losses during and post-demonetisation as cash supply was impacted and remained inconsistent for months.

Situation has further deteriorated now due to the additional compliance requirements that call for a huge cost outlay. The service providers do not have the financial means to meet such massive costs and may be forced to shut down these ATMs, unless banks step in to bear the load of the additional cost of compliances.

CATMi added that revenues from providing ATMs as a service are not growing at all due to very low ATM interchange and ever-increasing costs. CATMi estimates an additional outlay of about Rs 3,500 crore – only for complying with the new cash logistics and cassette swap method.

These compliance costs may also see the 15,000-plus white label ATMs going out of business.

It has been revealed that, WLA operators already have huge accumulated losses and are in no position to bear additional costs. ATM interchange, the only source of revenue for WLAOs, has remained static despite frantic pleas to increase the rates.

Hence, reiterating CATMi explained that, the ATM industry in India has reached a tipping point, and unless ATM deployers are compensated by banks for making these investments, there is likely to be a scenario where contracts are surrendered, leading to large scale closure of ATMs.