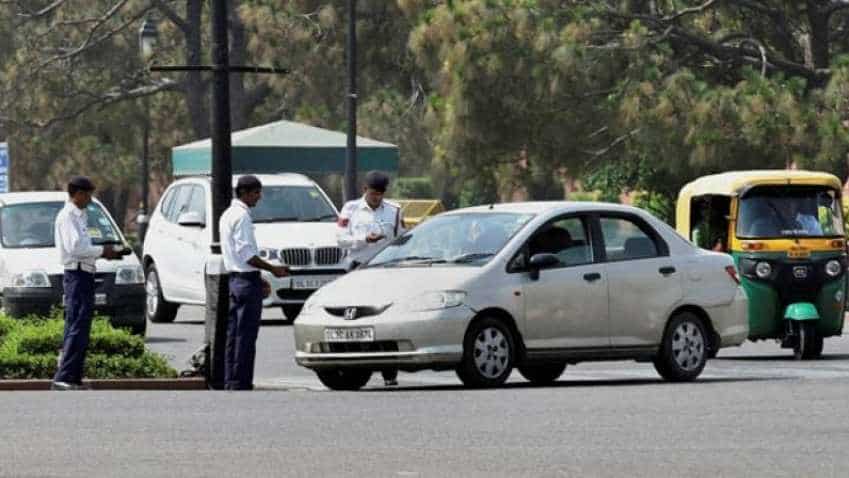 The camera would also be able to record other violations including red-light jumping, wrong side driving, riding without helmet, triple riding on two wheelers, among others. Representational Image, source: PTI

In a bid to deal with chaotic traffic situation an efficient way, Noida traffic police have decided to use modern technology to improve monitoring and penalise the offenders. The newly installed radar-based camera near Dalit Prerna Sthal has complted its week-long trial and is now ready to monitor traffic movement round the clock, said a Hindustan Times report citing police officials. The facility provided by a French company — IDEMIA, which has installed similar cameras in Dubai, will monitor traffic and generate penalties through e-challans.

The city police had studied the traffic system of Dubai and Singapore and decided to adopt similar technology in Noida, Anil Kumar Jha, superintendent of police (traffic), Gautam Budh Nagar, told HT, adding, “This is the first such experiment in Delhi-NCR. We have integrated traffic systems on expressways and city roads. The radar system will catch violators and issue challan. The e-challan data will be stored on cloud-based servers, and will be shared with the traffic police online.”

The pillar-based system, whose camera would cover the area in a 180-degree range, has been installed along the Film City road between Mahamaya Flyover and Sector 95 parking facility, said the report, while quoting Anil Kumar Jha, as saying that these cameras record lane driving and also differentiate the make of vehicle.

“This is important as the maximum speed limit on the Noida-Greater Noida Expressway is 100kmph, but the maximum speed for heavy vehicle and light vehicles on the city road is 40kmph and 60kmph, respectively,” he told HT.

Notably, the camera would also be able to record other violations including red-light jumping, wrong side driving, riding without helmet, triple riding on two wheelers, among others, but it will not issue challan for seat belt violation, the report said, adding that the facility is equipped with cameras to record violations even at night.