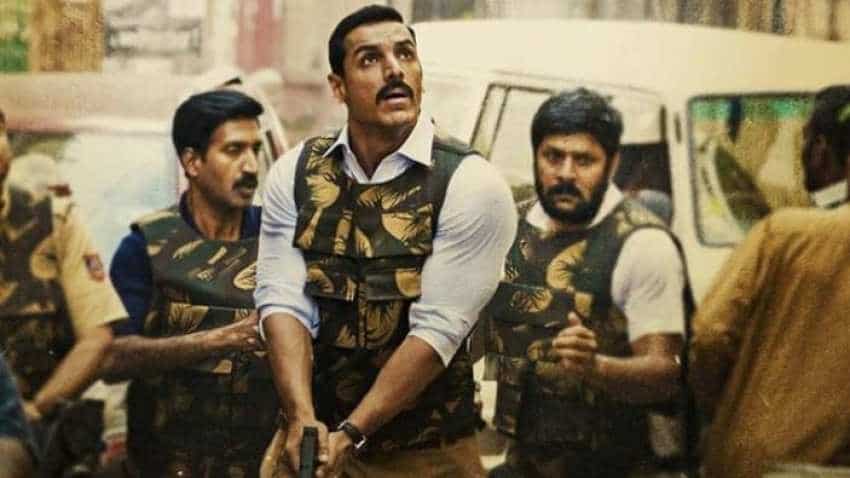 Film Trade Analyst, Sumit Kadel told Zee Business Online,''Batla House can easily fetch Rs 14 to Rs 15 crore on its opening day. The movie will feel some effect of Mission Mangal being released on the same day, but John has his own fan following which will drive traction in theatres.''

''Overall, the collections will largely depend on the content of the movie, as most of the John's films usually work on word of mouth. While talking about the weekend collections, it may fetch close to Rs 50 crore on the extended weekend,'' he added.

Directed by Nikkhil Advani, the film has received am an amazing response from trailer. Nora Fatehi’s 'Saaki Saaki' song has also attracted huge number of views on YouTube, showing the craze among the audience. Last year, Abraham's own Satyameva Jayate was also released on August 15 and bagged Rs 20 crore on the release day.

However, the audience will have power-packed entertainment with two blockbusters being released on the same day. Akshay Kumar's Mission Mangal is also expecting a record breaking performance at box office. As Batla House is releasing head to head with Mission Mangal, the weekend will go housefull in theatres.

Graphic: Best of times, or the worst? A voter's guide to U.S. GDP