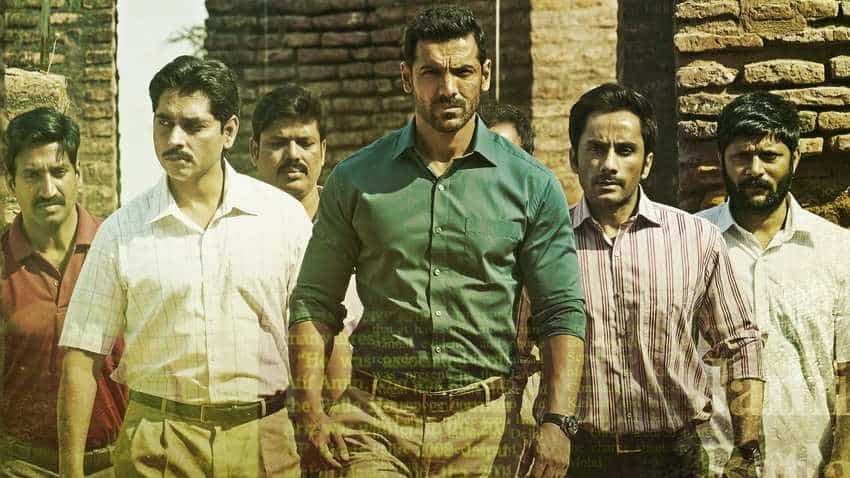 Batla House box office collection: Over the last few years, John Abraham has carved a niche for himself, surprisingly pulling the crowd to theatres despite clashing against bigger stars. If last year's Independence Day release, Satyamev Jayate hinted at actor's growing popularity, this year's Batla House further establishes that. The film has performed exceptionally well at the box office, earning over Rs 62 crore so far despite releasing on the same day as Akshay Kumar's highly-awaited Mission Mangal. While the filmmakers would be hoping to breach the Rs 100 crore mark, it seems well, unlikely.

Surprisingly, the Akshay Kumar starrer is not the real threat Batla House faces at the box office. Film trade analyst, critic and influencer Sumit Kadel believes that it is Prabhas and Shraddha Kapoor starrer Saaho which poses a tough competition for Batla House. He told Zee Business Online that while Rs 100 crore mark is possible, it is difficult to achieve for John Abraham.

''Batla House is a clear hit on Box Office and has performed well so far. It is presently at a break even stage with Rs 60 crore in bag, could go on to fetch Rs 80 to Rs 90 crore as lifetime collections. Saaho will pose a tough competition and Rs 100 crore mark is possible but difficult to achieve," Kadel said.

Earlier in a tweet, he had said that while Batla House is a hit at the box office, its lifetime collection would fall between Rs 80 to Rs 90 crore. "#BatlaHouse is a clean HIT at the box office. Film trended well on weekdays, strong weekend-2 Collection on cards. Eying ₹ 80-90 cr Lifetime Collection," Kadel tweeted.