It has been revealed that bank unions have sought government intervention and a deadline has been fixed to take care of their demands. 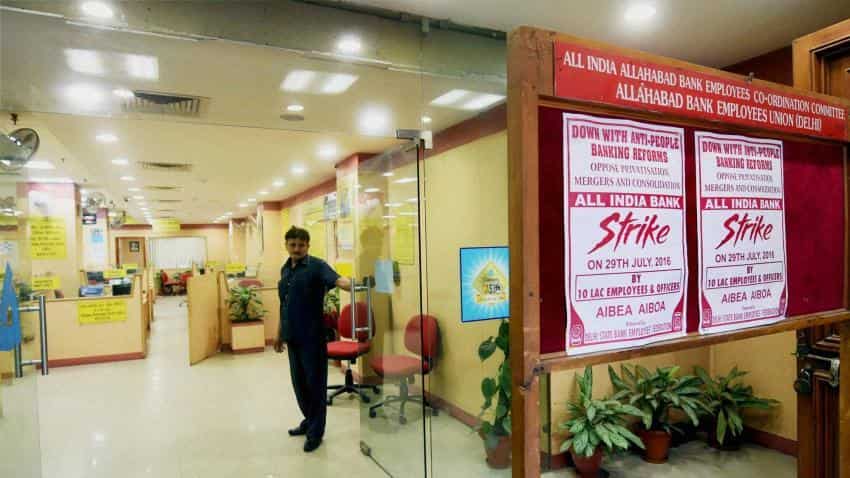 Many government employees have shown dissatisfaction in their pay scale even including this bank employees union. Recently the union rejected salary hike of 2% made by the Indian Banks Association (IBA) and threatened to go on strike to press its demands. However, reports are indicating that the strike can take place anytime soon. In latest headline, it has been revealed that, bank unions have sought government intervention and a deadline has been fixed to take care of their demands.

According to Business Standard report, Bank unions have sought the finance ministry’s intervention and set May 12 as the deadline to respond to their suggestions on wages and employee welfare.

It added, "The 11th bipartite agreement on wage revision could mean a big expenditure for banks, which are struggling with high non-performing assets (NPAs)."

In 2012 where last wage revision was made by 15%, cost banks approximately Rs 83 billion. Therefore, the 2% hike brings less burden for banks who are choking with massive stressed assets.

According to D T Franco, general secretary, All India Bank Officers’ Confederation reportedly, the 2% wage hike will cost banks approximately Rs 5 billion, while the proposal given by the unions will cost them around Rs 120 billion.

The AIBOC decided to send a detailed communication to the government immediately followed by a nationwide demonstration on 9th May, 2018.

If the government do not respond immediately, the unions will carry a two day strike. It is being know over 10 lakh bankers in government and private banks will go on a two-day strike by the end of May.