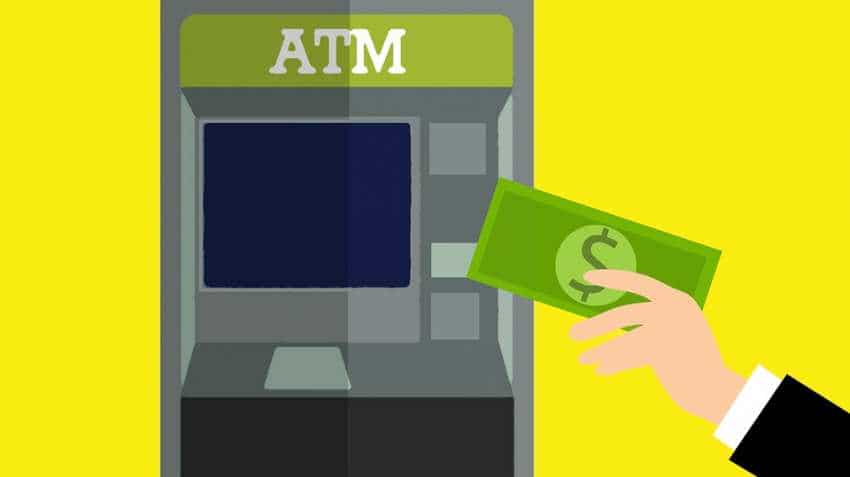 Number of bank ATMs has declined marginally to 2.07 lakh in FY18 from 2.08 lakh in FY17, Image source: Pixabay
Written By: PTI
RELATED NEWS

Bank ATM alert! Machine did not dispense cash yet amount debited from your account? Do this fast

The number of bank ATMs has declined marginally to 2.07 lakh in FY18 from 2.08 lakh in FY17, primarily due to branch rationalisation by a few public sector banks, the Reserve Bank said in its annual report Friday.

Similarly, the number of operational on-site ATMs too came down to 1.06 lakh during the year from 1.09 lakh in FY17, while that of off-site ATMs increased to 1 lakh from 98,545.

However, private sector banks installed more ATMs taking their total number to 60,145 in FY18, up from 58,833 in the previous fiscal year, the central bank report said.

The report said during the period between April 2018 and August 2018, the number of ATMs (excluding that of small finance banks and payment banks) declined further to 2.04 lakh, which it attributed to the increasing use of electronic means of payments.

During the same period, robust growth was observed in deployment of points-of-sale (PoS) terminals across the country, the report added.

The growth of white-label ATMs has also tapered off in recent years, although the number of such ATMs crossed 15,000 -mark in FY18.

Pre-paid payment instruments maintained robust growth in terms of volume and value, despite deceleration from the demonetisation-induced spurt.

"Transactions through Pre-paid payment instruments, which stood at a low Rs 8,100 crore in 2013-14, jumped manifold in subsequent years to reach Rs 1.42 trillion in FY18," the report said.

During FY18, 91.5 crore transactions worth Rs 1.09 trillion were routed through the unified payments interface (UPI) which rose to 157.9 crore in volume worth Rs 2.67 trillion in the first half of FY19, it said.

Bank ATM alert! Machine did not dispense cash yet amount debited from your account? Do this fast