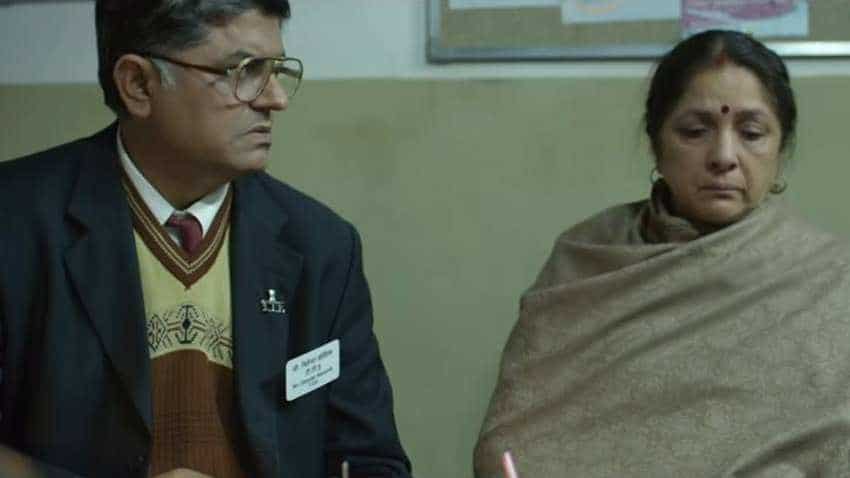 Badhaai Ho box office collection: Ayushmann Khurrana has helped boost his latest movie's take to Rs 7.29 cr on day 1, which is Thursday. It thereby managed to beat analysts estimates - they were hoping the film would get near-about Rs 6 cr on its opening day at the BO. The film was released on Thursday to take full advantage of Friday's holiday on account of Dussehra. The ploy seems to have worked very well indeed as it has turned this movie into a major release on the first day itself.

Badhaai Ho star cast includes, apart from Ayushmann Khurrana, Sanya Malhotra and Neena Gupta. The story is different in every way and is expected to appeal to a mature audience. That it hit the mark is clear from its day 1 collection. Notably, the film will be facing a fierce fight going forward with co-release Namaste England that has Arjun Kapoor and Parineeti Chopra in lead roles. Not just this movie, also in the fray are the very successful AndhaDhun and LoveYatri, but the later has been a flop. AndhaDhun also stars Ayushmann Khurrana and the film has already entered the Rs 50 Crore club.

The direction of Badhaai Ho collection was clear early on the release day itself as it opened on a good note and raced to an occupancy rate of 30% during the morning shows. The rate picked up in the evening. On the other hand, Namaste England opened with just 10% occupancy rate and the same was reflected in its box office collection.