Ayushman Bharat CEO Indu Bhushan told DNA Money that a full rollout will be challenging in this time period. He said that 29 states are on board with the scheme, with Maharashtra becoming the latest to come on board. At the national level, all guidelines covering the scheme are in place and the IT backbone is also ready. 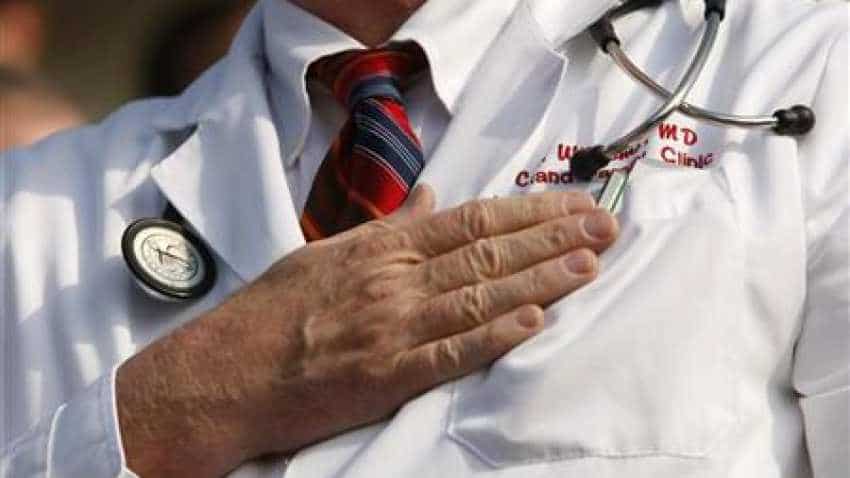 The beta testing of what is being touted as the world’s largest health insurance scheme, Ayushman Bharat (also known as ModiCare), has begun. Representative Image, source: Reuters
Written By: Sindhu Bhattacharya
RELATED NEWS

Ayushmaan Bharat yojana registration: You may lose money, don't do this

The beta testing of what is being touted as the world’s largest health insurance scheme, Ayushman Bharat (also known as ModiCare), has begun. This scheme envisages an annual cover of Rs 5 lakh for 10 crore families which accounts for almost 40% of Indians. Or seen another way, the universe for this health insurance scheme is equivalent to the combined population of USA, Canada and Mexico.

The scheme is cashless and portable, which means when people covered by it migrate for work within India, they need not have to worry about inclusion. It has also pre-determined who all will get covered so that the beneficiaries do not have to get themselves registered at all. The scheme is set to be launched on September 25, or in another 40 days, but its all-India launch may happen later as critical infrastructure is still not in place.

Ayushman Bharat CEO Indu Bhushan told DNA Money that a full rollout will be challenging in this time period. He said that 29 states are on board with the scheme, with Maharashtra becoming the latest to come on board. At the national level, all guidelines covering the scheme are in place and the IT backbone is also ready.

Under Ayushman Bharat, states have been given flexibility with regard to coverage universe, cost and whether to adopt the insurance model or not. The Ayushman Bharat scheme would provide significant business opportunities for healthcare professionals including insurance companies and TPAs, Bhushan said, adding package rates have been determined based on a thorough analysis and the scheme is designed to control fraud and abuse.

So, how successful will this scheme be in covering the healthcare spends of the poor? For one, the pre-identification of beneficiaries using the 2011 socio-economic caste census data itself may present a problem since the data is already seven years old.

According to analysts at brokerage Philip Capital, “Many states, as well as advisors, have raised their voice against this, as the economic status of a large number of families is bound to have changed over these years. The parameters adopted by the Odisha government alone estimates that close to 900,000 people could be left out of the scheme because of this.”

Second, some state governments have opted to remain out of the scheme or have not signed up as yet despite the funding by Centre and states designed to happen in a 60:40 ratio. But prominent ones like Delhi, Odisha and Tamil Nadu are yet to come on board. There are two issues here: some of these states are wary of the political fallout of endorsing a scheme so closely identified with the prime minister himself and some others have existing health cover schemes which cover number of beneficiaries than Ayushman Bharat proposes to cover.

Take, for example, Odisha, which has launched the Biju Swasthya Kalyan Yojana this Independence Day, offering health coverage to about 70 lakh people instead of opting for the Central scheme which would have covered a lesser number of people.

Maharashtra had been reluctant to come on board earlier since it already runs the ‘Mahatma Jyotiba Phule Jan Arogya Yojana’ covering 2.2 crore families when Ayushman Bharat is offering a cover for only 83 lakh families. But now, the state has agreed to join in.

Besides, Crisil analysts said in a note that around 55% of the country’s households do not use or are unable to use government health facilities because of perceived poor quality of care. Rahul Prithiani, director, Crisil Research, pointed out that “As for market opportunity for private healthcare companies, the scheme is too big to ignore. For private hospital chains, there is material promise in expanding into Tier II and Tier III cities over the next 2-3 years. But till implementation creases get ironed out, private players are unlikely to go the whole hog.”

Ayushman Bharat is a laudable initiative, But to succeed, it needs lots of groundwork before making the intended impact. Unless state governments and the Centre work together and until funding remains a constraint, these objectives may be difficult to achieve.

Ayushmaan Bharat yojana registration: You may lose money, don't do this