Axis Bank shares rocket over 6% post Q3FY19: Should you think twice before buying this stock?

Axis Bank enjoys the taste of good earnings in its share price, as they even earmarked over Rs 700-price club on Sensex. But the real question is, how far is Axis Bank’s stock price ready to stretch. Is this the beginning of new uptrend or a windfall before a storm? 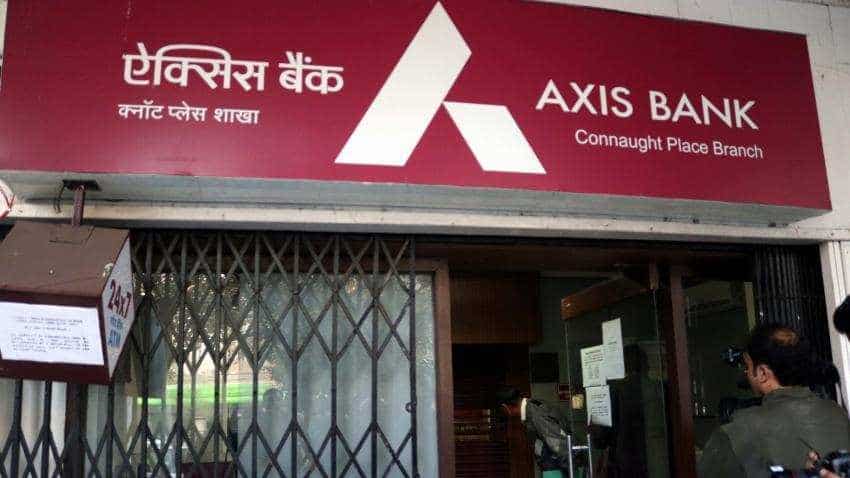 It was quite a treat to watch the rally in private lender Axis Bank on Dalal Street, which was the courtesy of bank’s robust December 2018 (Q3FY19) result. The bank saw massive jump in earnings, so much, that they even got doubled which is enough for any investor to be optimistic on this lender. Not only profit, but also stability was reported in provisions, loan book and asset quality. However, looks like the party is going to get over for Axis Bank sooner than imagines, as analysts are split into two opinions for the bank’s growth trajectory. On Wednesday, Axis Bank enjoys the taste of good earnings in its share price, as they even earmarked over Rs 700-price club on Sensex. But the real question is, how far is Axis Bank’s stock price ready to stretch. Is this the beginning of new uptrend or a windfall before a storm?

The Axis Bank’s CEO positively surprised with the announcement of sustainable 18% RoE target.

These analysts added, “Near-term tailwinds do exist to achieve the 18% RoE target. The biggest lever is decline in credit costs as the bank exits a tumultuous corporate NPL cycle. An additional lever is write-backs from written-off accounts as seen in the current quarter and some positive benefits on NIM expansion as NPLs continue to improve. The true test is sustainability of 18% RoE beyond the immediate low-hanging fruit of low credit costs.”

Simply put, Kotak believes there are many positive already in the price. The bank has the right ingredient, especially a strong low-cost liability engine and a large customer franchise to get RoEs closer to a typical well-run retail bank with lower risk as compared to its past.

On the other hand, Axis Bank has already crossed the potential of share price on exchanges.

For instance, IDBI Capital says, “ Its pool of stressed assets in form of all kind of restructured assets and corporate loans rated BB & below has been on a decline. Current pool of stressed assets stands at 2.4% of loan book. Although slippages are likely to see a declining trend ahead, but still far away from normalcy. Credit growth across segments has seen a pickup along with decent traction in CASA deposits. Management is guiding NIMs to stabilize and start improving marginally.”

IDBI has given ACCUMULATE rating marginally increasing our TP to Rs710 (Rs665 earlier), valuing the stock at 2.6x (15% premium to mean) P/ABV FY20. To your note, Axis has already crossed over Rs 700 mark.

Analysts at Macquarie explains that, Axis Bank stock has already rallied 23% in the last three months vs 4% rise in Nifty index and thus prices in most of the positives. Axis trades at 2.3x FY20E, which is a ~60% premium to core multiples for ICICI Bank. Hence, they have given unchanged target multiple of 1.9x PBV to FY21E to arrive at a revised TP of Rs620 (from Rs540).

Macquarie acknowledges new CEOs trajection and says, “While this is very broad, we acknowledge that it has been less than a month since he took over and will await more granular articulation of strategy in coming months.”

It was only rating agency CLSA which sees higher potential in Axis Bank’s share price. The agency has given a Buy rating with price target to Rs 840 from Rs 800. It added, “Strong top-line aids operating profit. Slippage a tad higher but recoveries stronger. Improvement in return on equity and a stable earnings rise will be key to a further rerating.”

While analysts are split in two for Axis Bank. The investors already invested can hold in this bank for the above mentioned target price, however, for new investors its a cause of cautiousness but still there is no mystery that this bank is well placed in its segment. Hence, long term investment is rather better option in Axis Bank.

Axis Bank: What should investors do with this counter post robust q4 earnings? Here is what brokerages suggest

SBI hikes MCLR by 10 bp, BoB, Axis, Kotak by 5; how will it affect deposit rates?