After the flight AI 645 (Mumbai -Jodhpur) landed here on Monday, police detained the man, identified as Dinesh Suthar, and the four persons escorting him who later turned out to police personnel from Karnataka, according to DCP (East) Aman Deep Singh. 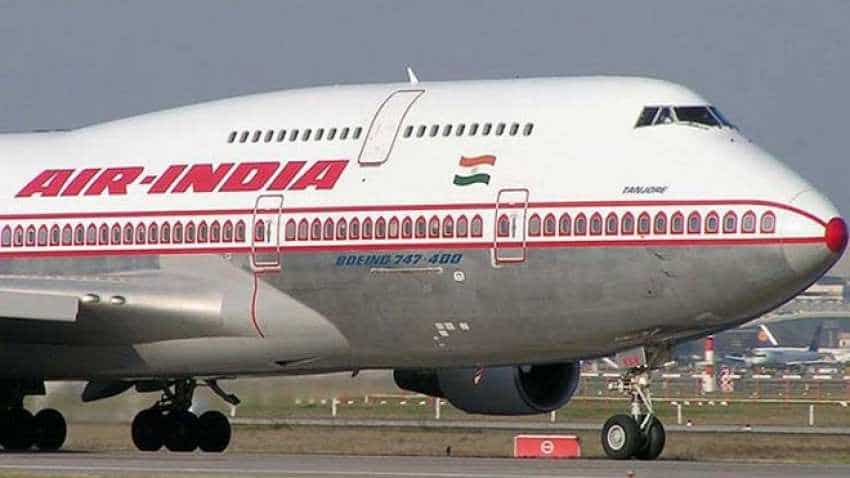 Other passengers were not allowed to deboard for nearly two hours after the plane landed at about 11.30 am, causing inconvenience to them. Image source: Reuters
Written By: PTI
RELATED NEWS

A man being escorted by four police police personnel on board an Air India flight from Mumbai managed to pull a fast one on the crew by falsely telling them that he was being kidnapped, sending the airline's personnel into a tizzy and leaving fellow passengers harried.

After the flight AI 645 (Mumbai -Jodhpur) landed here on Monday, police detained the man, identified as Dinesh Suthar, and the four persons escorting him who later turned out to police personnel from Karnataka, according to DCP (East) Aman Deep Singh.

During interrogation, Suthar told the police that he had contacted the family members of a missing boy in Mysuru and falsely told them that he was currently in Jodhpur with a 'tantric' (occultist) in order to claim the reward money announced by them, the official said.

"He told them that he could take them to Jodhpur, after which two family members of the boy along with four policemen from Mysuru police had left for Jodhpur, " said the official.

During the flight, he got scared and narrated the concocted story to the crew and other passengers that he was being kidnapped by the men who were escorting him. The crew informed the airport administration and AI office, the official said.

"Immediately after the landing of the flight at Jodhpur airport, we took the plane in our custody and detained all these five persons," said the official.

"We have arrested him (Suthar) and released those four policemen," Singh said, adding that there was some confusion due to language issue as the policemen were from Karnataka.

Other passengers were not allowed to deboard for nearly two hours after the plane landed at about 11.30 am, causing inconvenience to them.

When contacted, an Air India official confirmed the incident and said that the matter is now under police investigation.
"The incident happened on Air India flight AI 645, operating on Mumbai-Jodhpur route. "The cabin crew staff overheard some 4-5 persons saying "kucch hone wala haey (some thing is gong to happen)
Accordingly, the pilot was informed of the conversation," the official said.
When the flight landed at Jodhpur airport, they were detailed by the police, which is investigating the matter, the official added.

Elsewhere, the national carrier, which is in a debt crisis, has received some hope. Minister of State for Civil Aviation Jayant Sinha Monday said that the revival package of debt-ridden Air India (AI) was at its final stage and would be announced soon. The revival package is being undertaken after the government failed to divest the national carrier to private operators due to huge liabilities.

"We have devised a four-pronged strategy for the revival of Air India. The revival package is in the final stage and will be sent soon for approval after which the announcement will be done", Sinha told reporters on the sidelines of the AGM of Calcutta Chamber of Commerce on Monday.

The reforms of AI would be firstly financial, secondly to make it a professional board-managed company, thirdly to make the airline successful and competitive and lastly to improve the quality and skills of the existing workforce. "This is a very complicated analysis", he said.