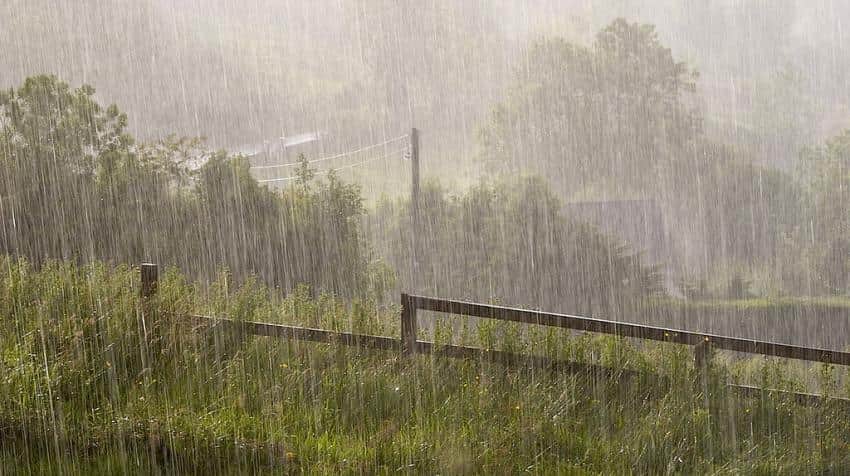 The country received 10% below normal rainfall in the last week of August. Representational image. Photo: Flickr.com

India witnessed 4% deficit rainfall in the August 30 - September 7 week, even as the India Meteorological Department (IMD) had predicted that the country will see more rainfall in the second half of the monsoon.

The East- and North-East regions in the country were the most severely affected, with a 19% deficit from normal on August 30. On September 7, the deficit or deviation from normal rainfall was at 13%, the lowest.

The North-West and Central regions of the country witnessed a fairly good amount of actual rainfall with the deficit ranging from 6% to 2% higher-than-normal rain.

The South Peninsular region received actual rainfall of 525.1mm on September 7 which was a 11% deficit, as per the estimates of average rainfall.

“The southwest monsoon continues to slow, with rainfall falling below the long-period average (LPA) for three consecutive weeks,” a report by Barclay’s analyst Siddhartha Sanyal and Krishna Goradia stated in a report.

Barclay’s reported that this setback is unlikely to affect agriculture and sowing patterns in India.

“Plantation of summer crops remains robust with total area sown 5% higher than in the corresponding period last year. The plantation of pulses continue to grow at levels higher than last year and was up 34% till the end of the week. Sowing of all the summer crops, barring sugarcane and cotton, have shown positive growth according to August 26 data.

Meanwhile, water storage levels have improved compared those seen in the corresponding period last year, but were marginally lower than the average storage of the past 10 years for the same period,” Barclay’s report stated.

The country received 10% below normal rainfall in the last week of August, a report by IMD said.

The reports submitted by the Ministry of Science at the beginning of August stated that the country was likely to receive 107% of the long period average (LPA) rainfall in the second half of the monsoon season, given a 8% higher or lower error margin.

But the country saw a rainfall deficit of 27% below the normal range in the August 18 to 24 week.

The remaining weeks of the monsoon season are likely to witness heavy rainfall ranging from normal to above-normal levels in the North-East and the coastal regions of Karnataka, IMD estimates stated.