Assembly elections schedule 2021 LIVE: The Election Commission of India (ECI) is all to announce the dates for assembly elections in four states and one Union Territory that are due for polling this year. 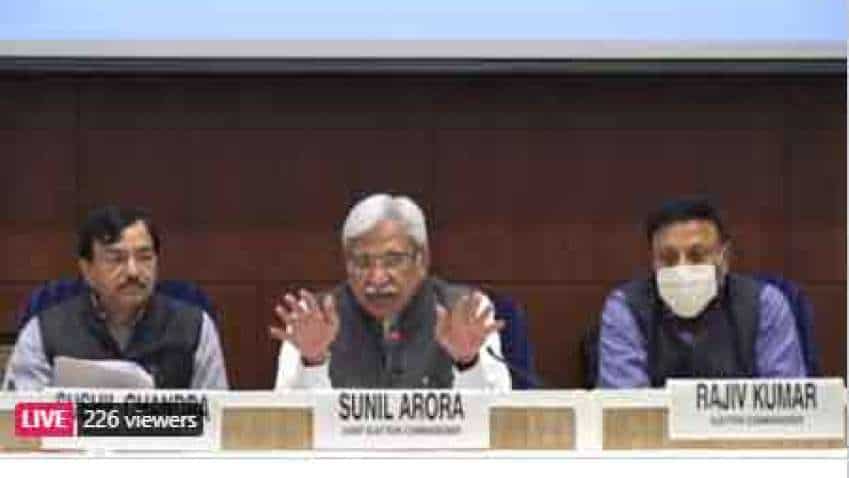 Bihar Election 2020 Latest News: 1st TIME EVER this is happening in the state assembly polls

5:24pm Counting of votes for all five assembly elections on May 2

5: 15pm Assam assembly polls to be conducted in three phases on March 27, April 1 and April 6: EC

5: 10 pm: This will be last set of elections during my tenure before I demit office on April 13: Chief Election Commissioner Sunil Arora

5:06 pm: Arrangements to be in place for candidates to file nominations online for five assembly polls, voting to be allowed for extra one hour: EC

4:52:pm Door-todoor campaign will be reduced to 5 persons, including candidate, says CEC

4: 50 pm: Polling time has been increased by one-hour: CEC

4:40pm: CEC Arora said that Bihar polls were a litmus test and expressed gratitude towards voters for putting faith in the commission.

3:30 pm: Election to the 294-seat West Bengal Legislative Assembly is expected to be held in March – April. Due to the Covid-19 pandemic, the Election Commission is likely to hold assembly elections in West Bengal in seven-eight phases. In 2016, elections were held in six phases from April 4-May 5.

The terms of legislative assemblies in the four states are ending in May-June, while President rule has been imposed in Puducherry.

Earlier last month, CEC Sunil Arora had informed that there will be 1,01,790 polling stations for the 2021 assembly elections in the Bengal and every booth should be made accessible to all persons with disabilities.

Meanwhile, reports have claimed that the elections are expected to be held in more than one phase, due to the COVID-19 pandemic.

Bihar Election 2020 Latest News: 1st TIME EVER this is happening in the state assembly polls