The reasons for these shocks include RBI governor Urjit Patel exit, weak optimism on BJP win in Assembly Elections of five states whose result are gradually filtering in today. 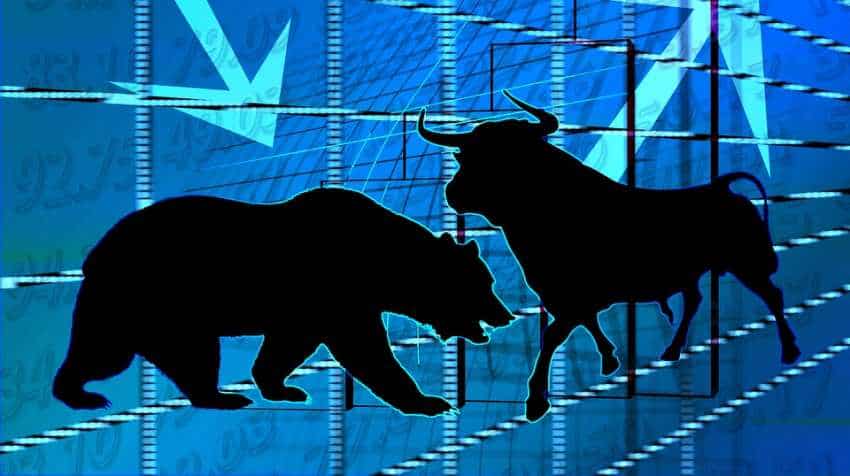 While Madhya Pradesh is the key state as far as markets are concerned, other important states are Rajasthan and Chhattisgarh. Impact of Telangana and Mizoram results are expecetd to be negligible as far as investors  and markets are concerned.  Currently (just before 10 a.m.)), while BJP and Congress are neck and neck in Madhya Pradesh (BJP leading 107 to 105), in Rajasthan, Rahul Gandhi led party has cantered ahead (Cong leading 91 to 76). In Chhattisgarh too, the Congress is leading the BJP by a big margin (Cong leads 48 to 30).

Analysts at Religare Broking firm said today, "Markets started the week on feeble note and lost over two percent, citing weak global cues and growing anxiety around assembly elections result. Sentiment dented on the news of trade war tension between the US and China which further deteriorated in response to the exit poll results. All the sectoral indices ended sharply lower and the same bias was visible on the broader front too."

If you are trading today, then these are the 5 key pointers you should be aware of as they will reflect your investment in equities today.

Other companies like Kotak Bank, M&M, ONGC, Maruti Suzuki, Hero Motocorp and Axis Bank were also in the list of losers as they tumbled nearly 1%.

Majority of sectors took heavy beating in opening session, but nothing was like the panic witnessed in banking and NBFC stocks. This is due to RBI governor exit, and many would want to know what happens next in regards to policy, NBFC liquidity issue, stressed assets, PCA framework and many more.

On the other hand, the gainers list involved surprisingly Yes Bank surging by over 3% so far. However, it was trading at Rs 169.30 per piece up by 2.20%. Yes Bank was joined by SBI and PNB, however, the gains in them were gradual.

Meanwhile, the Nifty Fin Service was trading at 10,895 down by 165.95 points or 1.50%. Losers list involved M&M Finance, HDFC, Bharat Finserv, ICICI Prudential and Bajaj Holding among others.

Both BJP and Congress manifestos have revolved around farmer issues and employment as major agenda.

It needs to be noted that, both BJP and Congress have promised farm loan waivers of up to Rs 2 lakh per farmer. However, additionally, the Congress has also talked about pension for farmers and loan subsidy/GST removal on agri equipment.

Apart from this, the rivals have also announced unemployment allowance of Rs3,500-5,000/month for eligible youth above the age of 21.

Subsequently, the parties also have a vision for tourism in the states with various schemes.

On the other hand, the Congress has spoken on ‘Ram path’ – an initiative in the state of MP leveraging on the current issue of Ram temple.

Disappointing data from major economies including China and Japan have also fanned worries about corporate earnings and factory output, with the Sino-U.S. trade battle clouding the outlook for world growth. Among emerging markets, investors will focus on India where the central bank governor shockingly resigned on Monday.

"Urjit Patel`s resignation for `personal reasons` goes to reinforce the widened rift between the central bank and the government," said Robert Carnell, Asia-Pac chief economist for ING. "The news is clearly a significant negative for the markets."

Singapore Nifty futures slumped almost 2.5 percent on Tuesday to a near six-week trough, indicating a weak opening for Indian shares.

Finally, Religare says, "Indications are pointing towards further slide ahead and it’s indeed not an encouraging sign ahead of elections result. Nifty should hold 10,400 for any recovery else we may see the benchmark testing 10,150 in near future. Traders should restrict their positions and prefer only hedged bets. Investors, on the other hand, may use this slide as an opportunity to accumulate quality fundamental stocks available at good bargain."