Ram Avatar and Kota Ramadevi are farmers in the agrarian country that is India, living thousands of kilometres away from each other but there is a common factor that binds them. 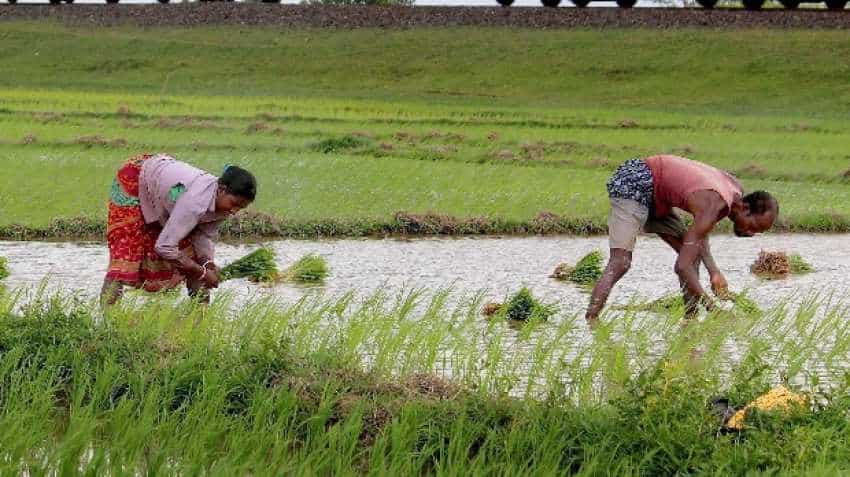 Ram Avatar and Kota Ramadevi are farmers in the agrarian country that is India, living thousands of kilometres away from each other but there is a common factor that binds them. Both are struggling to earn their daily bread and butter despite owning agricultural land.

Ram Avatar, a tribal, has been growing maize and rice on one acre of land he owns in Pacha Tola village of Uttar Pradesh`s Mirzapur. However, farming has turned negative for him as he found the input costs on cultivation higher than the remuneration.

"Earlier, we could save some money by selling a part of the grains we grew. However, the expenditure on seeds, fertilisers and pesticides has gone up substantially while the returns have reduced due to the fall in crop prices," Ram Avtar told IANS.

This has forced Ram Avatar and many other such small farmers in his village to become labourers to make ends meet.

Ramadevi, a widow from Telangana, owns three acres of fertile land in Narlapur village of Warangal district, which is quite suitable for cultivating the cotton cash-crop. However, she prefers taking up menial jobs in the nearby urban areas as sheer thought of farming gives her the jitters. Her husband committed suicide two years ago after failing to repay his farm loan.

"My husband sold one acre to repay a part of the debt. However, he had to take a new loan after cotton prices again fell the next year. He killed himself out of frustration," she recounted.

The country has seen several farm agitations this year over falling crop prices even as retail prices remained high.

Farmers have been demanding better remuneration that is fixed using `C2` formula, recommended by Swaminathan Commission, which is a comprehensive cost that takes care of rental value of owned land, rent paid for leased-in land and imputed value of family labour.

Amidst the protests, the BJP-government at the centre revised the MSP for 23 commodities using the `A2+FL` formula, which increased the prices but was not at par with the farmers` expectations.

As the government agencies did not open adequate numbers of procurement centres and that too in the prescribed time, the whole purpose of the MSP has been lost, said Harpal Singh, president of Bhartiya Kisan Union (Asli).

"Farmers do not have proper storage facilities. So, when procurement centres were not operationalised in time, they had to sell at the quite low rates decided by traders," Singh said.

"Many of these farmers are in distress now. They travel to nearby cities everyday to work as labourers for Rs 200-300 a day," Singh said.

A few days ago, onion prices received by farmers slumped to just Rs 1-2 per kg when the retails prices were over Rs 20.

Parliamentarian and farmers` leader Raju Shetti, who has introduced two Private Member`s Bills in the Lok Sabha for a farm loan waiver and the MSP based on `C2` formula, said the government lacked in planning and the will to take action.

"There is a lack of political will besides bureaucratic apathy. In case of onions, the government allowed imports from Pakistan despite knowing that domestic supply was optimum," Shetti told IANS.

"The situation is more or less similar for other agricultural commodities. It has led to confusion and tension in farmers," he added.

According to the National Sample Survey of India (NSSO), the average monthly income per agricultural household in 2012-13 was estimated as Rs 6,426 against expenditure of Rs 6,223.

Farm revenues have declined for a number of crops despite increasing production, the Economic Survey 2018 tabled in Parliament earlier this year, stated.

Agriculture expert Devinder Sharma held the wrong policies of the government responsible for the poor financial situation of the farmers.

"The government neither has control over the market nor has a mechanism to deal with the surplus," he said.

"If the government can waive corporate loans worth Rs 3.5 lakh crore, why cannot it shell out just Rs 100 crore to procure agriculture commodities? Farmers put in hard work and all resources they have. If prices crash, their livelihood too is crashes."

Sharma said the government can use the additionally procured commodities and distribute it among the hungry.

"How difficult is this in a country where 20 crore (200 million) people go to sleep without food," he asked.

The Economic Survey also said the impact of climate change could reduce annual agricultural incomes by 15 to 25 per cent, which translates into loss of over Rs 3,600 for the median farm household.

It said the susceptibility to climate change can be minimised by extending irrigation facilities and replacing untargeted subsidies in power and fertiliser by direct income support.

However, about 73.2 million hectares area of 141.4 million hectares net sown area (52 per cent) is still unirrigated and rainfed -- making Indian agriculture vulnerable to the vagaries of the weather.

Diesel at doorstep! This app set to make your life easier, supply fuel at home