Panagariya, who served as the first Vice Chairman of the NITI Aayog from January 2015 to August 2017, stressed that the US was asking India to open up its markets. 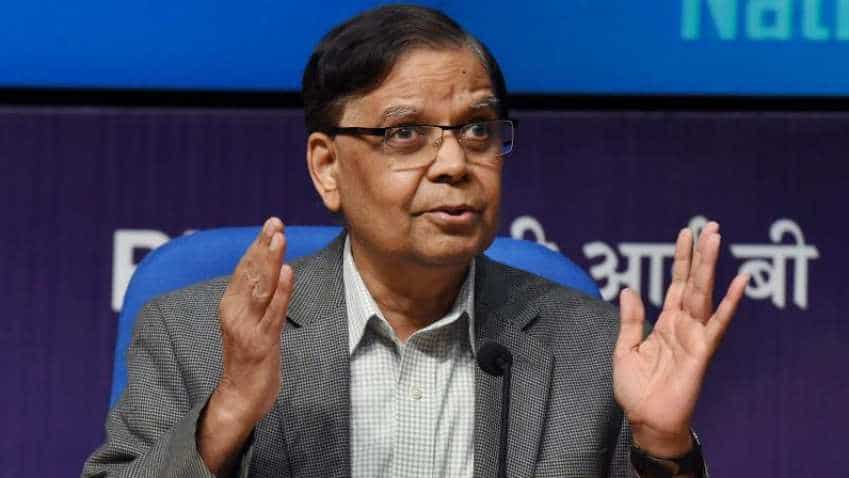 Panagariya emphasised that rather than using tariffs, India can use the exchange rate to its advantage. Image source: PTI

Eminent economist Arvind Panagariya has said that the ongoing trade war between the US and China is an "opportune time" for India to attract the large multinationals looking for alternative locations outside the Communist country, while addressing a panel discussion organised by the Consulate General of India in New York on Monday, at the event titled 'Economic Priorities for the New Government' of Prime Minister Narendra Modi. He also called for India to slash tariffs on imported motorcycles and automobiles through "give and take" negotiations with the US, said a PTI report. The panel discussion was organised in partnership with the Deepak and Neera Raj Centre for Indian Economic Policies and the US-India Strategic Partnership Forum (USISPF).

Key highlights of Arvind Panagariya's speech are given here:

2. Panagariya, who served as the first Vice Chairman of the NITI Aayog from January 2015 to August 2017, stressed that the US was asking India to open up its markets, adding "It is a good thing for India. I would open it unilaterally but here is an opportunity to actually negotiate with the US. Give them something and get something in return."

3. He called for undertaking labour law and land acquisition reforms to them more flexible to attract the multinationals, acknowledging that there were "some sticky issues" such as data localisation, but added that other issues such as tariffs on the Harley Davidson motorcycles can be resolved.

4. He said, "Go zero tariffs on Harley Davidson. What is the problem? How long are you going to punish your own customers - (after) 70 years of protection. Today auto tariffs in India are close to 100 per cent plus. Why, who is it benefiting. Some of these tariffs don't make sense." In February, India slashed the customs duty on imported motorcycles like Harley-Davidson to 50 per cent after US President Donald Trump called it "unfair" and threatened to increase the tariff on import of Indian bikes to the US.

5. Panagariya emphasised that rather than using tariffs, India can use the exchange rate to its advantage, adding "Let the rupee depreciate a bit, it will open the door for your exporters while it also compensates for the tariff liberalisation. This is exactly what we did in the 1990s." Further, he said this will help make the Indian goods much more attractive and boost exports, adding "I see this completely in India's interest."

6. Panagariya, Director at the Raj Center on Indian Economic Policies at Columbia University, however, sounded a pessimistic note on India's current trade environment with the US, saying this is a "source of serious worry". "You do not want to get into a trade war with the US. India has been generally on the good side of the US, then why head into this."

7. Panagariya, who served for three years as the G-20 Sherpa of India, said in his experience with the US, he learnt that Washington "believes only in negotiations - give and take". His remarks came as US Secretary of State Mike Pompeo began this three-day visit to India and the two sides are expected to discuss economic and trade ties that are witnessing signs of strain.

8. The US has terminated India's designations as beneficiary developing country under the Generalized System of Preferences (GSP) programme. "India has implemented a wide array of trade barriers that create serious negative effects on United States commerce," the Office of the US Trade Representative said in March this year.

9. Notably, the US and China have been locked in a bruising trade war since Trump imposed heavy tariffs on imported steel and aluminium items from China in March last year, a move that sparked fears of a global trade war. US President Donald Trump has already imposed 25 per cent tariffs on USD 250 billion in Chinese imports and China has retaliated with tariffs on US goods. In response, China imposed tit-for-tat tariffs on billions of dollars worth of American imports.