Arun Jaitley in US for 'medical check-up' in US, say sources

Arun Jaitley is the publicity head of the ruling Bharatiya Janata Party`s (BJP) election team and often acts as the chief spokesman for the government. 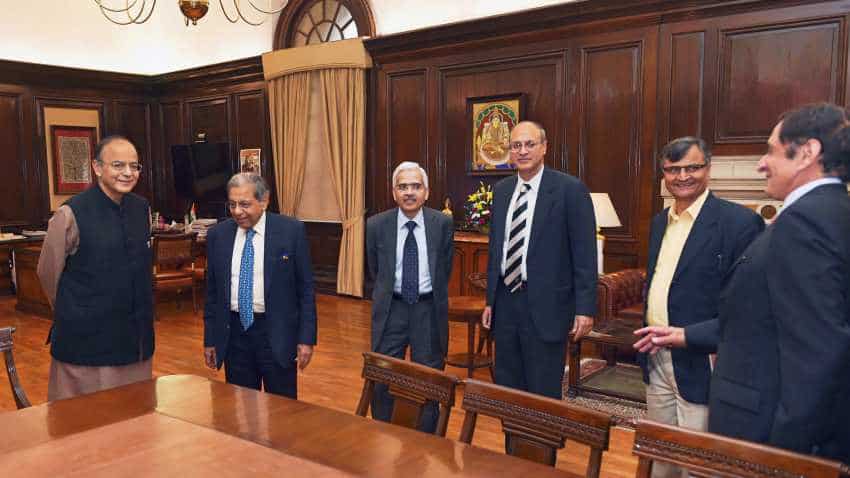 Finance Minister Arun Jaitley has left for the United States for a "regular medical check-up", following a kidney transplant last year, two people with direct knowledge of the matter told Reuters on Tuesday. A finance ministry spokesman confirmed the report and said Jaitley was expected to be back by the weekend. "Therefore, no one else has been given charge of the ministry for this period," he added.

There are two junior ministers in the finance ministry.The minister, 66, is expected to present this government`s last budget on Feb. 1 before Prime Minister Narendra Modi seeks a second term in a general election due by May.
A person familiar with Jaitley`s medical condition said the minister had "recovered well" from the transplant in New Delhi eight months ago.

A Finance Ministry spokesman declined to comment. Jaitley is the publicity head of the ruling Bharatiya Janata Party`s (BJP) election team and often acts as the chief spokesman for the government.

He continued to push what he sees as India`s success story under Modi on Tuesday. In a Facebook post, he said India`s macro-economic parameters such as economic growth, inflation and fiscal deficit had improved substantially during Modi`s term.

"We are increasingly becoming impatient and want to break the 8 percent barrier," Jaitley said. Citing a McKinsey report, he said the size of India`s middle-class was growing very fast and was estimated to touch 44 percent of the nation`s total population by 2025 from 29 percent in 2015.