Finance Minister Arun Jaitley blamed the Reserve Bank of India (RBI) on Tuesday for failing to stop a lending spree between 2008-2014 that left banks with huge bad debts, inflaming a row that recently erupted between the government and the central bank. 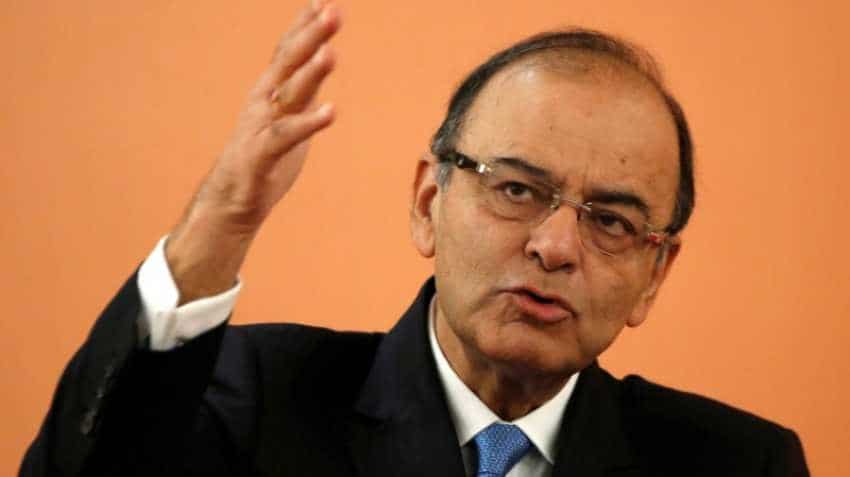 Finance Minister Arun Jaitley blamed the Reserve Bank of India (RBI) on Tuesday for failing to stop a lending spree between 2008-2014 that left banks with huge bad debts, inflaming a row that recently erupted between the government and the central bank. On Friday, RBI Deputy Governor Viral Acharya warned that undermining a central bank`s independence could be "potentially catastrophic", in an indication that it is pushing back hard against government pressure to relax its policies and reduce its powers ahead of a general election due by next May.

Government official were very upset by Acharya`s comments, which included a reference to problems created in Argentina when its government meddled in central bank affairs, senior sources in the administration said on Monday.  They said the RBI should not air confidential matters in public and expressed fears it could tarnish India`s image among investors.

Yet, Jaitley was publicly critical of the RBI on Tuesday, saying the central bank`s lax policies had contributed to banks` current woes. "During 2008-14 after the global economic crisis to keep the economy artificially going, banks were told to open their doors and lend indiscriminately," he said in a speech at a conference attended by heads of U.S. companies.

POINTS OF CONFLICT
Acharya`s speech comes after a long-running tug of war between the government and the RBI over whether the central bank should part with some of its 3.6 trillion rupees ($48.93 billion) reserves to fund the country`s fiscal deficit. The government is scouring for funds as it faces a shortfall in expected revenues from a recently introduced goods and services tax, and divestment targets have become hard to meet due to weakened market conditions.

Government officials have also called for relaxation of strict RBI lending rules for weak banks and are trying to trim the RBI`s regulatory powers by setting up a new payment regulator. Financial markets have not reacted to the rift, but investors and traders are wary, as they want to see policymakers working closely together to stabilise India`s fragile banking system and roiled markets.

"If this issue persists then we need to see whether decision making is getting impacted as clarity is important for any trade decision," said a foreign bank debt market dealer, who declined to be named.

SUPPORT FOR THE RBI
Acharya`s speech triggered strong reactions from the RBI`s employees union, credit analysts and India`s media. They all largely came out in support of the central bank. The union, in a letter to the media on Monday, urged the government to allow the RBI to do its job in an "unfettered way" and warned that undermining the central bank`s autonomy is a "recipe for disaster and the government must desist".

India`s highest-circulation English-language paper, the Times of India, wrote in an editorial that curbing the RBI`s autonomy or removing RBI Governor Urjit Patel would trigger a mass exodus of investors and "the government must not contemplate it even in its dreams". The Asian Age said in an editorial that "it seems like the government would like to use the RBI as its piggy-bank to be broken when required. This should be of serious concern to people of India."